From Aeon: “‘Hypersanity’ is not a common or accepted term. But neither did I make it up. I first came across the concept while training in psychiatry, in The Politics of Experience and the Bird of Paradise (1967) by R D Laing. In this book, the Scottish psychiatrist presented ‘madness’ as a voyage of discovery that could open out onto a free state of higher consciousness, or hypersanity. For Laing, the descent into madness could lead to a reckoning, to an awakening, to ‘break-through’ rather than ‘breakdown’ . . .

After reading The Politics of Experience, the concept of hypersanity stuck in my mind, not least as something that I might aspire to for myself. But if there is such a thing as hypersanity, the implication is that mere sanity is not all it’s cracked up to be, a state of dormancy and dullness with less vital potential even than madness. This I think is most apparent in people’s frequently suboptimal – if not frankly inappropriate – responses, both verbal and behavioural, to the world around them. As Laing puts it:

Society highly values its normal man. It educates children to lose themselves and to become absurd, and thus to be normal.

Many ‘normal’ people suffer from not being hypersane: they have a restricted worldview, confused priorities, and are wracked by stress, anxiety and self-deception. As a result, they sometimes do dangerous things, and become fanatics or fascists or otherwise destructive (or not constructive) people. In contrast, hypersane people are calm, contained and constructive. It is not just that the ‘sane’ are irrational but that they lack scope and range, as though they’ve grown into the prisoners of their arbitrary lives, locked up in their own dark and narrow subjectivity. Unable to take leave of their selves, they hardly look around them, barely see beauty and possibility, rarely contemplate the bigger picture – and all, ultimately, for fear of losing their selves, of breaking down, of going mad, using one form of extreme subjectivity to defend against another, as life – mysterious, magical life – slips through their fingers.

We could all go mad, in a way we already are, minus the promise. But what if there were another route to hypersanity, one that, compared with madness, was less fearsome, less dangerous, and less damaging? What if, as well as a backdoor way, there were also a royal road strewn with sweet-scented petals? After all, Diogenes did not exactly go mad. Neither did other hypersane people such as Socrates and Confucius, although the Buddha did suffer, in the beginning, with what might today be classed as depression.

Besides Jung, are there any modern examples of hypersanity? Those who escaped from Plato’s cave of shadows were reluctant to crawl back down and involve themselves in the affairs of men, and most hypersane people, rather than courting the limelight, might prefer to hide out in their back gardens. But a few do rise to prominence for the difference that they felt compelled to make, people such as Nelson Mandela and Temple Grandin. And the hypersane are still among us: from the Dalai Lama to Jane Goodall, there are many candidates. While they might seem to be living in a world of their own, this is only because they have delved more deeply into the way things are than those ‘sane’ people around them.” 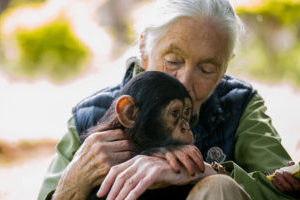