Recent events in the US, such as blaming ‘mental illness’ when really bad things happen, brought upon a very important but also quite challenging debate.

President Trump, following the mass shooting in Texas and Ohio, made a remark using the term ‘mental illness’ that many people suffering from what we refer to as ‘mental illness’ found distressing, untrue, and damaging for them.

The words caused an outrage and even led to a campaign on Twitter, with the hashtag ‘#IAmNotDangerous’, with many people who identify themselves as ‘mentally ill’ sharing their frustration with blaming ‘mental illness’ for something which is truly incomprehensible and evil. We could read the following statements: “People with mental illness are statistically much more likely to be VICTIMS of violent crime. Mental illness is not the problem, guns are. I will not be your scapegoat, #IAmNotDangerous” or as was shared by Cara Lisette, who started the campaign: “Hi, I’m Cara. I have bipolar disorder and anorexia. Never once have I considered a mass shooting. These incidents we are seeing time and time again in America are not as a result of mental illness. They are a product of male entitlement and white supremacy. #IAmNotDangerous”

Articles in the press appeared, with Mad in America also taking part in this very important debate, with an article by Robert Whitaker saying that blaming the ‘mentally ill’ is hate speech.

Exchanges between psychiatrists also took place. No, they all say, mental illness shouldn’t be blamed. Mentally ill people are indeed more likely be the victims of crime, rather than committing one. Statistics indicate that. Mental illness is, well, just an illness.

Having followed the debate with my diagnosis of ‘bipolar disorder’, inflicted on me by a couple of psychiatrists some years ago due to the fact that I have the tendency to come and seek help in a psychiatric hospital when I go too far into the parallel reality, I started to experience a real fear that all this debate is going in the wrong direction.

I was thinking that maybe this would be a perfect opportunity for all those people diagnosed with ‘mental illness’ to stand up and say loud and clear: “It isn’t mental and it isn’t an illness.” It is malaise, distress, spiritual seeking, anything but the damaging words that the term ‘mental illness’ contains.

I was thinking that maybe people who suffered at the hands of the psychiatrists (like I did) would finally look at the definition itself — what is behind ‘mental illness’? Look at what created stigma in the first place, and not continue fighting stigma with absolute and total cacophony. Shouting out “I am mentally ill and I am not dangerous” creates the same incomprehension as blaming ‘mental illness’ in the first place. But which ‘mental illness’ are we talking about? This is a question I always ask myself when I see the term, as I don’t believe in ‘mental illness’ and I find that it is the term itself which is extremely damaging. The word ‘mental’ is still mostly used by our society in relation to someone acting out of his mind. The Urban Dictionary puts this meaning as the first denotation of the term: “when something is absolutely insane, or just down right gnar.” Its additional meaning of matters related to the mind, acquires this sense only when it is used in a syntagm, such as in ‘mental process’, ‘mental calculation’ or ‘mental function’. While the term ‘illness’ refers to diseases and sickness. But what if there is no disease in the first place? There is ‘illness’ when scans show some brain damage, there is ‘illness’ when there are medical tests which show one, there is ‘illness’ when it is all grounded in precise rigorous medical evaluation and not based on words and the ‘opinion’ of a consultant psychiatrist.

As it stands now, however, ‘mental illness’ is a creation of psychiatry in its own imaginary and delusional thinking. Unless there is a test that shows some irregularity in the brain, in the majority of cases the diagnosis of ‘mental illness’ is delivered based on observation and exchange of words, if the patient is lucky. Usually, there is not even an exchange of words, but a quick decision of one single psychiatrist to inflict the verdict (such as ‘bipolar’ or ‘schizo’), put the person on pills, and release the highly sedated patient back into the community, to create more space for the upcomers. Beds are a problem (at least here in the UK), and the debate that maybe we should ease up on medication and psycho-drugs happens for now, well, only on Twitter.

The campaign as it stands now, even if created from the heart, by using the same language as psychiatry and recycling the term ‘mental illness’ again and again, benefits psychiatry, and not those people who come onto its radar — people who might start thinking at some point that maybe it isn’t an illness, and that maybe they can recover after all. But the psychiatrists clap their hands at this moment, because no one challenges the definition of ‘mental illness’ anymore, when it’s exactly what we should be doing. If we look at the DSM, psychiatry’s bible, it does list the disorders that can be considered as violent, dangerous and antisocial. We can also find several passages where it becomes clear that these diagnoses are based solely on one’s behaviour, and not in proper medical illness. This goes hand and in hand with real cases of distress and malaise, which continue to provide psychiatry its legitimacy. People do feel very bad sometimes, and they do seek help.

With my diagnosis of bipolar disorder, I am supposed to accept it as ‘mental illness’ and even look at it as like ‘any other physical illness’. If I look at the definition of it, as provided by psychiatry, it is a very severe illness, it is chronic and I am supposed to live with it shorter than the rest of the population.

However, as it stands now, I lead an active, mostly happy, and very fulfilled life. I work full-time, I write, I socialize, I take care of my son and my cat. I do take Seroquel, but at a dose that I came to by myself, a dose they sometimes prescribe to treat insomnia. It gives me safety that I don’t go too far in my exploration of the other reality. Psychiatrists didn’t help me in this choice. They have nothing to do with how I live my life with ‘bipolar disorder’, where I obtained a PhD, learned four languages, lived in four different countries, created a family, and enjoy seeing the occasional glimpses of the parallel reality. If I left it to the psychiatrists, I would be dead by now.

After my first ‘psychosis’, another damaging term that I use here only so that others can understand, I was put on a massive dose of Risperidone, which led to inability to enjoy any aspect of my life, and very serious suicidal thoughts. I stopped it, and had two years of tranquility, but still feeling scared. Apparently the state in which I came to the hospital, a state where I finally felt liberated from my childhood drama, and which healed me from a permanent gastritis, a state in which I saw angels, white doves, and met magic and the beauty of finally knowing that the parallel reality is true and real, was bad, shameful, and an ‘illness’. That state returned, and in panic I sought ‘help’, because I was told it was ‘an illness’. I was put back on a killing dose of antipsychotics, told again that I was ‘mental’, and released back into the community as an invalid. In subsequent years, I learned, all by myself, that it was insomnia I had to take care of, and my state of ‘psychosis’, a beautiful entrance into the spiritual domain, could be controlled by myself, if I wanted to continue enjoying my life, which I do.

All of this (my active life) has been a massive effort on my part, achieved only when I realised that I am not ill, it isn’t chronic, and that there is meaning in what they call ‘psychosis’. I don’t believe in the diagnoses, and I don’t believe in ‘mental illness’. If I did, I would probably be very miserable, on a massive dose of antipsychotics, unable to work or do anything else. I’ve seen what they do to people who believe in their ‘mental illness’, and it isn’t a nice place to be.

Therefore, I think it is important to start looking at the term of ‘mental illness’, rather than at how it has been used. Because if we decipher it, open it, analyse and study, we will come to something much more profound than: “I suffer from ‘mental illness’ and #IAmNotDangerous.”

I have a diagnosis of bipolar disorder from which I recovered, I am not ‘mentally ill’, and I am not dangerous.

But those who commit mass shooting or any other hideous crime, do suffer from a sick mind.

We shouldn’t blame Trump for reflecting how the society judges ‘mental illness’. We should blame psychiatry for inflicting this damaging term on those who have no ‘mental illness’ in the first place. 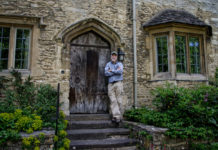 Lee Coleman – Breaking Out of the Circle: Creating a Non-Violent Revolution 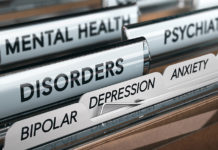 To Warn or Not to Warn? A Critique of MIA’s Use of Diagnostic Terminology 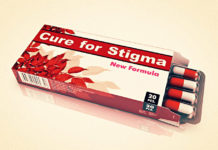