From Psychology Today: “The U.S. National Center for Health Studies released a report this week on benzodiazepine use that points to prescribing rates soaring to ‘disturbing’ new levels. Based on data from the National Ambulatory Medical Care Survey for 2014-16, the report… determined that benzodiazepines were prescribed in 66 million doctors’ appointments annually. Put differently, for every 100 adults nationwide who saw a doctor in one of those years, 27 left with a prescription for the psychiatric drug.

The results were ‘discouraging and disappointing,’ Lois Platt of Rush University, Chicago, told New Scientist, among several prominent media outlets reporting on the study. ‘The statistics we have are disturbing, and everyone should be concerned about bringing them down’ …

With roughly ’30 percent of what is labeled opioid overdose actually opioid-benzodiazepine overdose,’ according to the National Institute on Drug Abuse Statistics, the report bolsters concern that benzodiazepines may be a ‘hidden element’ in the U.S. and UK overdose epidemic.” 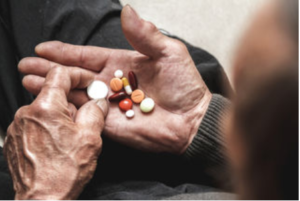