Over the years, the UN Human Rights Council has been a target for criticism, but like a lot of UN bodies, its most important work is often unseen by the general public. One of its many roles is to investigate different aspects of human rights, which it does by means of Special Rapporteurs. This is a standing agency, headed by a uniquely qualified individual and supported by investigative and analytic staff from around the world. Rapporteurs exist for fields such as the rights of children, rights of women, torture, slavery, poverty, extra-judicial killings, health, etc, with mental health occupying a prominent place. The role is deliberately independent of governments; moreover, while they are responsible to the UN, Special Rapporteurs are not employed by that body.

Two recent reports by the Special Rapporteur on the right of everyone to the enjoyment of the highest attainable standard of physical and mental health1 2 placed long-overdue emphasis on the failings of mainstream institutional psychiatry. As dry as these types of documents may be, anybody with an interest in institutional responses to mental disorder should read them to understand supranational trends in enlightened thinking. For example, in his second report, the Special Rapporteur notes:

91. Mental health services suffer from an excessive focus on outdated approaches through which the majority of resources are allocated to individual treatment for diagnosed mental health conditions, including psychotropic medications and institutional care. This global imbalance continues to reinforce an equity, evidence and implementation gap.

92. Global trends indicate a proliferation of policies and practices in which universal human rights principles are actively undermined or human rights are applied in a selective way…

This is not exactly news to many readers; what may be surprising is that the current Special Rapporteur for mental health is a psychiatrist. Prof. Dainius Pūras, a distinguished Lithuanian child and adolescent psychiatrist and epidemiologist who has held the post since 2014, is singularly qualified to conduct this type of enquiry. His reports represent the distillation of investigations by national and international teams around the world, and his conclusions cannot be gainsaid. Nonetheless, he has attracted a hostile response from mainstream psychiatrists who, without checking his CV, have identified him as part of a “global anti-psychiatry movement.”

In a commissioned commentary, two psychiatrists, Dharmawardene and Menkes, assailed the Special Rapporteur’s “anti-psychiatry bias,” in particular, his challenge to what they called the “biomedical model of psychiatry.”3 They warned against the creeping demedicalisation of psychiatry as akin to “throwing the baby out with the bathwater.” Patients, they claimed, are not so much concerned with “ideological baggage” as with what works, and “many psychiatric presentations are effectively and quickly treated with purely biological treatments.”
I responded to their article, pointing out some facts about the role of the Special Rapporteur, that there is no articulated “biomedical model of psychiatry,” and that there is no such thing as a worldwide antipsychiatry movement (or conspiracy).4 Their commentary reads as a crude ad hominem attack on the Rapporteur himself in order to divert attention from his well-founded conclusions about mainstream psychiatry.

My defence of Prof. Pūras did not go down well. In an intemperate response,5 Dharmawardene and Menkes attacked me for being “biased … extremist … (holding) anti-psychiatry views … dangerous” and a pawn of psychiatry’s bogey-man, Scientology. Above all, they were outraged that anybody could suggest their “biomedical model of mental disorder” doesn’t exist. They have been invited to provide evidence of this model (the same one that, 42 years ago, George Engel said was no good), under risk of allegations of scientific fraud.6

Similarly, a recent article in Lancet Psychiatry echoed these sentiments.7 Ian Hickie, one of the most influential psychiatrists in Australia, denigrated the reports as “ill-conceived,” “historically inaccurate” and unbalanced, full of “anti-medical and anti-clinical rhetoric. … The Special Rapporteur is particularly vehement in his attack on psychotropic medications.” Hickie continues:

“From the 1960s these new therapeutic approaches (drugs) facilitated the end of the asylum era and, hence, the development of more progressive and community-based health and social policies.”

What is this “ill-conceived,” “historically inaccurate” and unbalanced rhetoric? Let’s look at what the Special Rapporteur says, rather than at what somebody says he says. From his report:

4. … Narrow conceptions of determinants, together with an overreliance on biomedical explanations of emotional distress and mental health conditions, deflect political attention away from rights-based policies and actions that promote health.

5. The explanation of mental health inequities extends well beyond the biological and individual to the social, economic and political…

In case anybody missed the point, he invites comment:

10. … (The Special Rapporteur) challenges stakeholders to reflect on how biomedical dominance has led to overmedicalization in the health sector, particularly in mental health, diverting resources away from a rights-based approach to the promotion of mental health…

All of that strikes me as well-conceived, accurate and balanced. What is unbalanced is the response of mainstream psychiatry to the Rapporteur’s invitation to reconsider some directions in mental health policy. Hickie, for example, distorts the historical record in his claim that drugs led to the closure of asylums in the 1960s and their replacement with community-based programs. In fact, the gigantic mental hospitals built in the Victorian era were being closed from early in the 1950s, before psychotropic drugs were invented. In the main, they have not been replaced, unless you count living in prisons or on the streets as “community-based resources.”

33. Meaningful participation has been undermined by entrenched power asymmetries within traditional mental health settings (see A/HRC/35/21). Trust, the bedrock of therapeutic relationships, has been corroded, particularly where coercive and paternalistic practices are prioritized.

A person detained in a mental hospital in the state of Queensland has far fewer rights than a prisoner in this state — essentially, none. Ninety-seven percent of people appearing before Mental Health Review Tribunals in Queensland have no legal representation yet they can be detained by a quasi-judicial procedure using unsworn and hearsay evidence, then locked in isolation, wrestled to the ground and injected, for as long as the psychiatrist likes. This can and does mean forever (see here) with very limited rights of appeal. If that doesn’t represent an asymmetry of power, it isn’t clear what would.

On the other hand, Menckes and Dharmawardene were simply frothing at the mouth in their fact-free attack on the Special Rapporteur’s carefully-considered report. But why? When challenged to reconsider “overmedicalisation,” why do mainstream psychiatrists react as though they have been delivered an existential threat? Perhaps the answer is that they really do see it as an existential threat, because it is. Based on his unrivalled access to national data, the Special Rapporteur makes a number of suggestions:

34. … persons in vulnerable situations should in particular be included in all mental health-related decision-making. This approach requires accepting that the biomedical model in mental health care does not work for everyone, and that its overuse has left countless people behind.

Straight away, we have a major threat to mainstream psychiatry, which presumes that it alone has all the answers we need for questions of mental health. If the biomedical model doesn’t work for somebody, then obviously he needs more of it. This, of course, was the argument used to justify bleeding: if the patient didn’t get better, bleed him again. If he died, he was obviously too far gone to begin with so it wasn’t the fault of the treatment.

35. Innovation in the promotion of mental health must be defined and created at the local level…

That is, removing power from distant committees of psychiatrists running their feudal fiefs — a mortal threat.

49. Current mental health policies have been affected to a large extent by the asymmetry of power and biases because of the dominance of the biomedical model and biomedical interventions. This model has led not only to the overuse of coercion in case of psychosocial, intellectual and cognitive disabilities, but also to the medicalization of normal reactions to life’s many pressures, including moderate forms of social anxiety, sadness, shyness, truancy and antisocial behaviour…

Clearly a threat to the rising generation of academic psychiatrists, who must make their mark by finding a new disease, preferably one that can use a recently-developed drug needing a market.

50. Any effective engagement with violence as a determinant of mental health therefore needs to address the role of mental health services in perpetuating violent and paternalistic practices, which have reinforced the myth that individuals with certain diagnoses are at high risk of perpetuating violence and posing a threat to the public. There is no scientific evidence to support this myth, which is instrumentalized by discriminatory mental health laws that deprive people of liberty and their autonomy.

No comment required, but this is a dire threat to psychiatrists who make their living from diagnosing people as dangerous. The real point is that psychiatry has managed to convince governments around the world that compulsory treatment for a mental disorder must always override the individual’s right to freedom and independence. I have never seen anything that would amount to an argument for this view; like a cancer, it has quietly infiltrated the political process.

51. Regrettably, many parts of mental health-care systems, such as residential institutions and psychiatric hospitals, too often themselves breed cultures of violence, stigmatization and helplessness…

62. Overmedicalization is especially harmful to children, and global trends to medicalize complex psychosocial and public health issues in childhood should be addressed with a stronger political will.

This is not rocket science. It is not “anti-medical and anti-clinical rhetoric,” not “biased … extremist … anti-psychiatry … dangerous” nor a tool of Scientology. Nobody could take exception to the moderate, realistic tone of the Special Rapporteur’s reports, except those who feel their privileged positions threatened. That is, mainstream psychiatrists who benefit from the power asymmetries. It is easy for somebody sitting on a mountain of power and privilege to tell those at the bottom of the pile that these things don’t count. If, however, Hickie and his friends disagree, I can easily set up a little experiment to ram home to them that, in mental health practice, power asymmetry is a brutal and omnipresent reality, if not the very essence of institutional psychiatry.

Mainstream psychiatrists have built their profitable empires on asymmetries of power, and will fight to the end to preserve them. Essentially, Hickie and his ilk have said to the Special Rapporteur: “If you don’t give total support for our project of domination and control, we will attack you.” Why? Because they fear any comment which threatens their power and privilege, which are based on a false premise, the notion of a “biomedical model of mental disorder.” This is, of course, the very antithesis of the scientific method, but as these critics show, mainstream psychiatrists know nothing about that, and care even less.

The so-called “key opinion leaders” in modern psychiatry, of whom Hickie is an exemplar, are not “clinical neuroscientists,” as they sometimes claim. Instead, they are supremely capable manipulators of the political process, all of it designed to aggrandise and enrich themselves. Be assured, they spend more time on the phone to their politician friends and wealthy benefactors than they do considering the nature of mental disorder or human rights. Why? Because that is what people at the top of asymmetrical power hierarchies do. 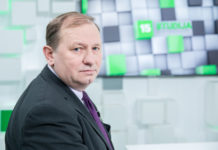