From the Los Angeles Times: “Human rights advocates have repeatedly denounced the torture program as ineffective and brutal. Joseph Margulies, a law professor at Cornell University who once represented Abu Zubaydah, said the brutal methods helped numb America to wrongdoing.

‘[Psychologists] James Mitchell and Bruce Jessen conceived, designed and executed the first officially recognized torture program in U.S. history,’ Margulies said in an email. ‘It is one thing that they are utterly unapologetic; that is a commentary on them. But it is something else altogether that so much of the rest of the country is utterly indifferent; that is a commentary on us. A wrong that escapes public condemnation is no wrong at all. Worse, it invites not simply repetition, but expansion. Yesterday, we tortured men in cages because we thought they had done something wrong; today, we torture children at the border knowing they have done no wrong at all.’

He added: ‘Do not be seduced by linguistic lightfootedness and ask whether this really is torture. I refuse to play that game. Instead, I encourage people to ask themselves this: Would you recoil in horror if you saw the same things done to a dog? If you saw a dog strapped to a board and nearly drowned, again and again, would it make you cringe and wince? Would you turn away and demand that it stop? If so, then it is torture, and we should call it what it is.'” 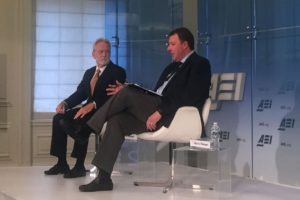