From The Washington Post: “At age 30, I found myself hanging halfway out my Manhattan high-rise window, calculating the time it would take to hit the ground. Still depressed despite my antidepressants — possibly caused by the possible decrease in antidepressants’ efficacy over time or because I’d never properly dealt with loss and trauma — I regularly considered suicide. As I looked for breaks in the pedestrian traffic patterns, a thought dawned on me: I’ve spent half my life — and my entire adult life — on antidepressants. Who might I be without them?

The suicidal gears in my mind came to a screeching halt.

I pulled myself back inside my apartment, scheduled an appointment with a new psychiatrist and made the decision to get off all the drugs before deciding whether to take my life. I needed to figure out my true baseline. If I didn’t like what I found, well, the window was always open.” 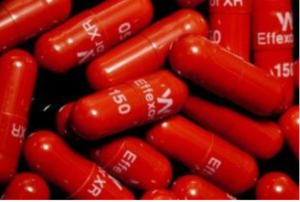