Dr. Bonnie Burstow was a legend in her own time. She died too young, at 74, surrounded by close friends and loving students, after a short stay in the palliative care unit of Toronto General Hospital. Bonnie had become more and more ill and disabled over the past many years, suffering from multiple rare disorders, some undiagnosed. The world has lost a truly great woman: a phenomenal antipsychiatry/anti-electroshock warrior, and a tireless fighter for human rights. And I have lost a beloved sister.

Bonnie has long been a widely respected faculty member at the University of Toronto’s Ontario Institute for Studies in Education (OISE), and was a recipient of its Excellence in Teaching award. Known not only as a brilliant and outspoken scholar and author, she was also a leading radical feminist therapist, specializing in trauma; an innovative and beloved mentor, who created and conducted empowering courses on trauma and trauma counselling; and a powerful antipsychiatry activist.

I first met Bonnie almost 40 years ago, when she became a contributing writer for Phoenix Rising: The Voice of the Psychiatrized, Canada’s only antipsychiatry magazine (together with our mutual friend, the late shock survivor, author and mental health lawyer, Carla McKague, I co-founded Phoenix in 1980, and it ran until 1990 — see the archives here). In 1982 — around the time she started writing for Phoenix — Bonnie published her first book: Radical Feminist Therapy: Working in the Context of Violence. This critically acclaimed work has since been translated into several languages, and is still used as a textbook for several university courses in Europe.

Bonnie Burstow was the first academic I ever met who was not only a prison abolitionist and anti-racism activist (her manuscript “No Platform for Fascists” is unfortunately unpublished), but also a passionate and unstoppable antipsychiatry theorist and activist. In her writings and in person — as a professor, a therapist, an empathic interviewer, an ever-supportive friend, and a tireless organizer and speaker — Bonnie helped empower so many psychiatric survivors, especially women. Despite increasing physical difficulties, she somehow always found the time and energy for teaching, for completing one book after another, and for organizing and speaking at an astonishing number of public lectures and other public events, including rallies and protests against psychiatrists’ lies and human-rights violations.

A number of milestones are worth mentioning.

In 1980, by leaking key medical documents to the NDP, Bonnie helped expose the unethical forced drugging that killed 19-year-old Aldo Alviani. In 1984, together with several of us shock survivors and our allies, she organized the Ontario Coalition to Stop Electroshock (OCSE), Canada’s only anti-shock organization. That year, Bonnie, together with six other Coalition members, gave powerful testimony before a public meeting of the Toronto Board of Health, which passed a resolution authorizing a moratorium on electroshock. (Unfortunately, the moratorium was never put in place.) The following July, three of us — including Bonnie — carried out an act of nonviolent civil disobedience: a two-day “sit-in” in the health minister’s office, protesting his refusal to appoint Carla McKague to the ministry’s Committee to Investigate Electroshock. Over the next five years, ECT (electroconvulsive “therapy”) became a national health and human rights issue, thanks to the unprecedented exposure of the fact that shock could be administered to psychiatric inmates not only without informed consent, but by force.

In the mid-1990s, as chair of Resistance Against Psychiatry (RAP — successor to OCSE), Bonnie helped organize a public protest to demand the release of our mutual friend, activist Mel Starkman, from the notorious Queen Street Mental Health Centre (now part of CAMH — the Centre for Addiction and Mental Health). Mel was involuntarily “hospitalized” (incarcerated) at “Queen Street,” where psychiatrists were forcibly drugging and often physically restraining him, as well as brutally isolating him in solitary confinement for weeks at a time. (Mel was finally released about a year later.)

In 2003, the Coalition Against Psychiatric Assault (CAPA) was born: Canada’s first and only antipsychiatry political action organization, with Bonnie as its chair. CAPA’s top priority was strategizing against what we recognized as the two most dangerous aspects of psychiatric “treatment”: psychiatric “medications” and electroshock “therapy.” In 2005, CAPA organized and hosted a public meeting at Toronto’s City Hall, during which only psychiatric survivors were permitted to testify. We remained firm on this empowering decision, since the voices of survivors were almost never heard at any public meeting; even when survivors were included, they often felt too intimidated to speak out. Bonnie chaired the panel on psychiatric drugs, and I chaired the panel on electroshock. The personal testimonies we heard were both riveting and heartbreaking. We were awed by the courage of these survivors, bravely telling their stories despite the terrible emotional pain they felt in remembering the horrors of psychiatric coercion, the disability and agony caused by psychiatric “treatments,” and their long struggles to recover from what had happened to them in the name of “mental health.” Many excerpts from these testimonies were later published in two online reports. The public sharing of so much personal trauma caused by psychiatrists and their “safe and effective treatments” would never have been possible without both Bonnie’s firm leadership and her sensitive respect for all psychiatric survivors.

In 2010, CAPA organized PsychOUT: An International Conference for Organizing Resistance Against Psychiatry. This phenomenal two-day conference, held at OISE, was conceived and chaired by Bonnie. It included many powerful and empowering lectures and workshops. PsychOUT ended with a unanimous resolution to ban electroshock, followed by an anti-shock protest.

In the following years, Bonnie and I became even more outspoken and visible in our fight to abolish electroshock. Bonnie led or hosted several more anti-shock demonstrations, mostly at Queen’s Park, held on or around Mother’s Day, with the theme “Stop Shocking Our Mothers and Grandmothers.” By 2015, the movement to ban shock had gone international. On May 16 of that year, many Ontario survivors — together with NDP Member of Provincial Parliament Cheri DiNovo — publicly demanded an end to shock. This historic International Day to Ban Electroshock was marked by simultaneous demonstrations in 30 cities, not only in Canada and the United States but also in six European countries, including the UK and Ireland. Infuriatingly, and predictably, the Canadian news media were missing in action. (It was always difficult for Bonnie — or for me, or any antipsychiatry activist — to get public support and attract allies, in large measure because the CBC and other Canadian corporate media outlets have consistently ignored us. They never once showed up at any of our press conferences or other anti-shock/antipsychiatry events. Mainstream reporters and editors have been co-opted by the psychiatric establishment and its shock doctors.)

Bonnie was a prolific and brilliant author and blogger. Much of her recent work can be read here at Mad in America. One of her last books, and one of my personal favourites, was the novel The Other Mrs. Smith, a gripping narrative featuring a woman who survived electroshock.

I am so proud of Bonnie, and so grateful, in particular, for the very special legacy she left us in 2016. That was when she endowed three scholarship programs at the University of Toronto. One program focuses on Indigenous women. One addresses the homelessness crisis. The third, amazingly, is the Dr. Bonnie Burstow Scholarship in Antipsychiatry; the world’s first antipsychiatry scholarship. All of us psychiatric survivors and our allies owe a debt of gratitude to Bonnie for the determination, courage, and brilliance that distinguish all of her work, and especially for creating this unique opportunity to expose and combat the psychiatric establishment from within academia. 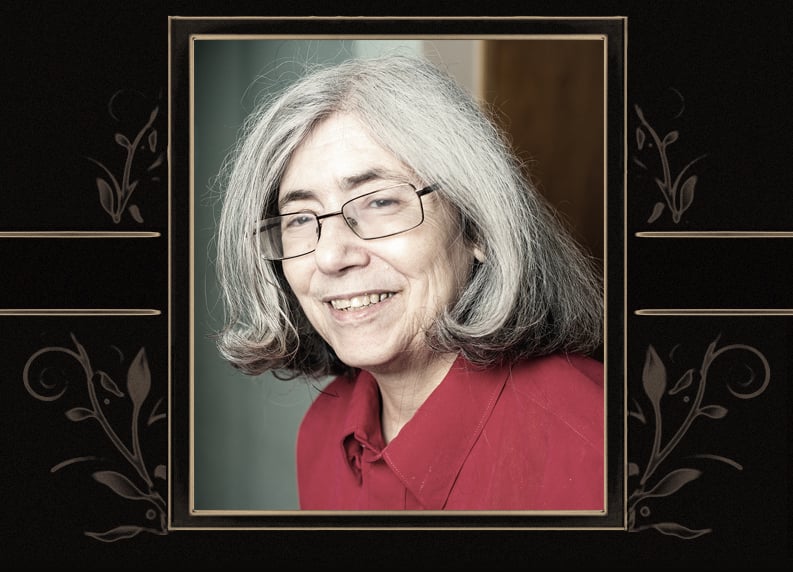 NY Times to Bonnie Burstow: May You Not Rest in Peace

The Other Mrs. Smith Will Shock and Move You

“This Needs to Stop”