From The Guardian: “Those from a black and minority ethnic (BME) community are at greater risk of developing mental health conditions than their white counterparts. There is a growing body of research to suggest that regular exposure to racism increases the chances of developing psychosis and depression, while other mental health risk factors such as poverty, higher unemployment and lower educational outcomes tend to have an impact on BME Brits.

Despite this need, an independent review of the Mental Health Act, which was submitted to the government in 2018, found that ‘profound inequalities’ exist for BME patients accessing mental health services. The report focused primarily on the overrepresentation of BME in-patients in psychiatric units: black British people are four times more likely to be sectioned than white patients. BME patients are also more likely to be given medication rather than being offered talking therapies (eg counselling and psychotherapy) …

‘There’s a long history of oppression towards people of colour in psychiatry,’ says Eugene Ellis, the founder of the Black, African and Asian Therapy Network (BAATN). ‘And [BME patients] may see all of it – psychotherapy, counselling – as the same.’

But the problems for BME patients are not limited to psychiatry. In 2013, the mental health charity Mind conducted a report for the coalition government on improving access to talking therapies. With BME patients, their findings were shocking: only 10% of those surveyed felt that their talking therapy service adequately took into consideration their cultural background, with a third of the respondents believing that the service was not fit for BME people.” 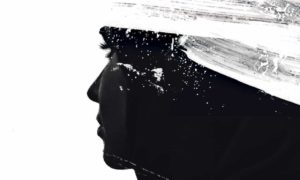