A new study, published in Medical Anthropology Quarterly, explores how practitioners in postwar Kosovo struggle with ethical dilemmas as they attempt to provide mental health treatment that meets the requirements of international standards, while simultaneously providing adequate care and navigating a lack of badly needed resources. The research was conducted by the medical anthropologist, Hanna Kienzler, Senior Lecturer and Director of the undergraduate program in Global Health and Social Medicine at King’s College London.

Kienzler suggests that practitioners in these situations “make patients” in that they fit them into diagnostic categories that may not be wholly representative of their clients’ suffering. Practitioners see this move as ethically necessary to provide clients with any type of care or assistance.

“Making diagnosable and treatable patients’ was, thus, both a clinical and sociopolitical response to a situation where only 2% of an underfunded health budget was spent on mental health, the referral system was underdeveloped, there was a lack of adequately trained staff, and professionals worked under extreme time constraints.”

In the past 30 years, there has been increasing attention paid to the importance of addressing mental health and psychosocial needs in humanitarian interventions in countries wherein armed conflicts occur. Professionals and professional organizations, such as the World Health Organization (WHO), have come to appreciate the significant impact these conflicts have on the mental health and wellbeing of citizens of these countries.

As a result, international standards have been developed that provide guidance on diagnosis and treatment in crisis situations, with a focus on attending to the needs of the community as a whole. Yet, there is little known about how the practices of humanitarian psychiatry look when they are employed.

Additionally, despite the recognition of the impact the psychosocial environment has on the individual, international psychiatric aid efforts have been critiqued for ignoring the social realm in favor of the individual. For example, others have pointed to how humanitarian psychiatry has further marginalized street children in Cairo, by highlighting their traumas while ignoring the role that structural violence and poverty play in mental health.

Similarly, westernized, Global Mental Health has been critiqued for its tendency to pathologize the individual rather than attend to systemic issues like gender violence and poverty and for its role in covering over and replacing alternative, local understandings of illness and healing. Others have called for the global mental health movement to take steps to address these critiques, and to begin attending to the social issues and inequalities that underlie psychological suffering.

In the current study, Kienzler explores the impact of humanitarian psychiatric interventions on a local level, through interviews with Kosovar health practitioners who provided treatment to women who had survived the Kosovo War, which occurred from 1998-1999.

During the Kosovo War, Serbian forces committed brutal war crimes against the Albanian population during the war, such as mass murder, torture, and rape. The war also led to the displacement of hundreds of thousands of Kosovar civilians attempting to escape – approximately 863,000 civilians fled Kosovo, and 590,000 civilians were displaced within Kosovo.

In response to these horrors, humanitarian aid providers rushed to assist civilians in refugee camps along the borders of Kosovo. Although initially using impromptu strategies to attempt to attend to the immense psychological need of civilians who had survived these horrific events, the interventions employed by aid workers became more standardized over time.

These aid workers then transferred their knowledge to Kosovar psychiatrists, psychologists, general practitioners, nurses, and students in social work and medicine, in addition to providing them with training on how to use standardized diagnostic materials such as the Diagnostic and Statistical Manual of Mental Disorders (DSM) or the international classification of diseases (ICD). Following the war, when Kosovar refugees returned home, international aid organizations and workers continued to provide mental health and psychological support, establishing clinics for those they had determined had been traumatized by the war.

They also conducted surveys to examine the impact of war trauma on the population, finding 25% of the population to be experiencing posttraumatic stress disorder (PTSD), with those, particularly at risk, being women, older in age, experiencing a higher number of traumatic events, and fleeing Kosovo during the war.

Kienzler conducted interviews with general practitioners, psychiatrists, psychologists, and psychosocial workers located in both rural and urban areas of Kosovo. She focuses specifically on these practitioners’ interactions with female clients, considering their at-risk status. She was unable to interview their patients, and therefore her report relies on the narratives of these practitioners, a limitation of this study.

Although the practitioners emphasized the complexity of their clients’ experiences and reported that they arrived at diagnoses through conversations with their clients that covered their experiences during the war, their financial situations, interpersonal relationships, and other psychosocial issues, the practitioners used standardized diagnostic materials to make diagnoses such as PTSD, anxiety, and depression.

Kienzler highlights this discrepancy between recognizing the complexity of the clients’ psychosocial circumstances and then seeming to reduce these to simplistic and individualized labels.

She describes how health practitioners in Kosovo used the discussion of symptoms related by the women to create a figure, which she terms “The war traumatized Kosovar Albanian woman,” that would easily fit into international diagnostic categories. Although again, not all of the women directly discussed their experiences of trauma, the practitioners interpreted the women’s symptoms as being a direct result of trauma on their behalf. Kienzler writes of the women’s treatment experiences:

“As innocent victims, they were rendered powerless and were, thereby, excused from taking responsibility for their actions, including their healing. At the same time, women were rendered ignorant and voiceless, which, in turn, allowed health professionals to formulate trauma testimonies for them and, by elevating themselves as spokespersons, to create the medical and political subject category of the war-traumatized woman.”

She describes how treatment typically consisted of a combination of psychiatric medication and talk therapy, wherein clients were encouraged to process their struggles and to adopt more positive ways of thinking. The general practitioners interviewed described feeling as if, despite no formal training, they had to play the role of psychologists as the stigma associated with mental health treatment led the women to avoid seeking specialized mental healthcare.

However, general practitioners with clients experiencing more debilitating distress were often referred out to psychiatrists and psychologists. Yet, there appeared to be differences in opinion regarding the best course of treatment between these mental health professionals, with psychologists critiquing the psychiatrists for relying too heavily on medication as opposed to psychotherapy.

Broadly speaking, the practitioners recognized that the available treatments and resources were not adequate to truly meet the needs of their clients, who, in addition to struggling with the effects of trauma, were also faced with systemic issues, such as poverty, gender inequality, and unemployment.

Kienzler points to the deep empathy that the practitioners felt for their clients, and also their sense of powerlessness and helplessness to be able to effect meaningful change to their clients’ circumstances. Therefore, they were presented with a bind – the practitioners knew that therapy or medication was insufficient, yet they could not point their clients to resources, like welfare or employment assistance, as these resources were non-existent or severely limited; and, they could simply not choose to do nothing at all, leaving them with the unsatisfactory option of making their clients fit into diagnostic categories so practitioners, at the very least, could try to do something for their clients.

Without a diagnosis, clients were not eligible for treatment, so this solution offered practitioners the best possible choice in a situation wherein resources are scarce, and options for care are limited.

Kienzler highlights how the ethical dilemmas that come along with attempting to provide adequate mental health care in postwar and resource-scarce settings often remain unexplored to the detriment of treating professionals and clients. It results in well-intentioned advice and guidance by organizations such as WHO, that are impossible to implement at the ground level.

Attempts to understand these dilemmas must be made so that treatment approaches can be developed that better fit the actual reality of practitioners and clients. This, in turn, would allow for treatment to include not only medicine and therapy but also social services that are sorely needed to adequately address the social factors and systemic issues that contribute to mental health issues. 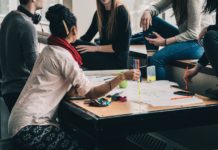 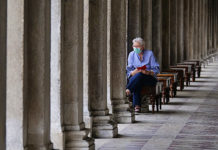