A new study, published in the Journal of Epidemiology, links exploitation to mental illness. The authors, Seth Prins and colleagues at the Columbia University in New York City, go beyond the link between socioeconomic status and mental disorder to investigate the role of abusive power dynamics fostered by an economic system that enables overwork and wage theft.

“Focusing on exploitation rather than its consequences (e.g., socioeconomic status) shifts attention to a structural process that may be a more appropriate explanatory mechanism, and a more pragmatic intervention target, for mental illness,” Prins and his co-authors explain.

The article, ’The Serpent of their Agonies’: Exploitation as A Structural Determinant of Mental Illness,” is titled after the following quote found in Marx’s Capital.

“For protection against ‘the serpent of their agonies,’ the laborers must put their heads together, and, as a class, compel the passing of a law, an all-powerful social barrier that shall prevent the very workers from selling, by voluntary contract with capital, themselves and their families into slavery and death.”

Social stratification is a well-documented determinant of mental health. Poverty and inequality are connected to high rates of suicide and increased diagnoses of mood disorders and schizophrenia. However, for this study, the authors choose to shift their focus away from the psychological ramifications of alienation and powerlessness and instead emphasize that “workplace domination” is just as deleterious to our mental health and wellness.

There are significant advantages to shifting the scope away from alienation toward exploitation. A key advantage, according to the authors, is that if direct measures of exploitation and their correlation to mental ill-health exist, it “would strengthen confidence in relational class theory and suggest more fundamental targets for intervention…shifting the attention to a structural process that generates social and economic inequality.”

Unfortunately, direct measures of exploitation are rare. The authors sought to find an instance of “unconcealed exploitation” that could be operationalized. To do so, they conceptualized unpaid hours of work, known colloquially as wage theft, to capture the intricate dynamics of unconcealed exploitation and then determine whether they are associated with psychological distress and mental illness.

With the data from the 1983-2017 waves of Panel Study Income Dynamics, which utilized a six-question scale designed to estimate the prevalence of serious mental illness in full-time (40 hours per week) head of household respondents, the authors had a nationally representative working-class cohort.

After controlling for confounding variables and alternative explanations, the results revealed that as unconcealed exploitation increased, psychological distress and mental illness also increased. Specifically, they found that for each unit increase in unconcealed exploitation, psychological distress increased by 1.6 points (95% CI: 0.71, 2.5) on the K6 scale, and the odds of mental illness tripled (OR: 3.0, 95% CI: 1.5, 6.1).

More analysis and research should be conducted to determine whether these results are replicable when an intersectional lens is applied.

The authors suggest that we shift from placing the responsibility on individual workers to sustain a positive work-life balance to maintain their mental health and, instead, point toward labor unions and workplace democracy to address worker exploitation directly. 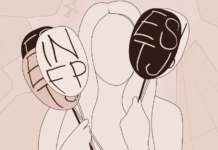 The Capitalist Origins of the Myers-Briggs Personality Test 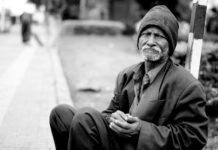 “The Mental Disease of Late-Stage Capitalism”