From CBC: “David Pontone’s voice still shakes as he recalls having to crawl out of Toronto’s Humber River Hospital on his hands and knees.

‘The pain was unbearable,’ said Pontone. ‘To be able to walk properly was impossible.’

It happened on April 18, 2018, but involved a lengthy battle for his family to obtain video footage of the event.

The 45-year-old had gone to emergency, complaining of excruciating pain in his legs.

Pontone also told medical staff he took medication for bipolar affective disorder . . . but that he’d been stable for seven years. He says that disclosure affected his treatment.

‘They thought I was faking it because I was bipolar,’ Pontone told Go Public. ‘There are no words to describe what I went through that night.’

One of Canada’s leading psychiatric experts says overlooking serious physical health issues in people who struggle with mental illness is a widespread problem — and that it can severely shorten their lifespans.

‘We are failing this population miserably,’ said Dr. Vicky Stergiopoulos, psychiatrist and physician-in-chief at the Centre for Addiction and Mental Health (CAMH) in Toronto, Canada’s largest mental health teaching hospital.

‘They go in for a broken leg and get sent to psychiatry to check their head.'” 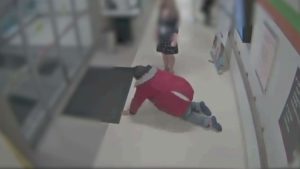