From The eMental Health International Collaborative: “‘What has happened to you?’ – this question has brought a new dynamic into the mental health space. As the adversities and disadvantages in the lives and communities of people who suffer distress are better understood, questioning ‘what has happened?’ not ‘what is wrong?’ is an imperative for connecting to a person in distress. The question is based on the notion that people are responding to their environment and experiences and not a ‘mental illness’.

. . . We have lost much of the genuine curiosity to understand one another in the context of the medicalisation of human experience. So often the bedrock of mental health systems and structures is to focus upon ‘disorders’, ‘risks’ and ‘intervention’ by expert professionals.

. . . The time for change is upon us. The time to embrace legitimate human distress and shape responses through human-to-human connection has arrived. Mental health services should focus on the human-to-human relationship as the primary mechanism of supporting individuals to construct their unique personal narrative.” 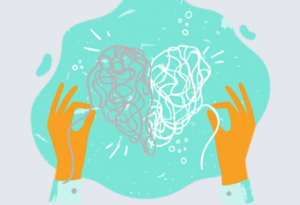