A new article, published in Critical Public Health, examines how the relational dynamics between service users and professionals, when they collaborate on research,  are impacted by power hierarchies. The authors, led by Barbara Groot, coordinator of the Centre of Client Experiences in the Netherlands, advocate for an approach to collaborative research that embodies an “ethics of care.” They write:

“In hierarchical contexts such as psychiatric care and academic hospital settings that widely produce and uphold inequalities, dominant ‘logics’ can reassert the knowledge espoused by those who are already privileged. This is problematic because the complexity of problems in mental health care is such that it is not possible to solve them if mental health care organisations only focus on propositional knowledge as the ‘true picture of the world’ as we will not have access to different views to co-create out-of-the-box solutions. Moreover, such an approach would harm service users, and their potential future involvement in research.” 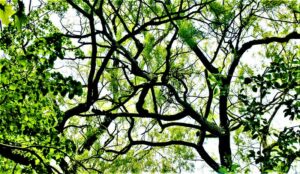 Increasing attention is being paid to approaches to research and understanding that emphasize collaboration between service users, experts, and researchers, such as Participatory Health Research (PHR). PHR is an umbrella term that broadly captures a variety of critical approaches that aim to dispel power hierarchies that are inherent in mental health care and research through the co-production of knowledge.

By privileging the voices of service users, PHR goes against traditional understandings of knowledge, which assume that only “experts” are able to speak to “objective truths, and does not value what service users, with their lived experience, can contribute to scientific research.” However, there are a number of groups of service users worldwide who are leading research, including research from “Mad Studies.” Also, research has emphasized how service users’ voices are key, with one study discussing the role they have played in developing approaches to psychiatric drug tapering. Other work has discussed how collaborative approaches have been effective in reducing hospitalizations and the use of psychiatric medications in mental health treatment.

In the current article, the authors reflect on the process of a research study, the ‘Good-Care-in-Crisis’ study, that they collaborated on and was grounded in PHR. The co-research team included individuals who had backgrounds in academic research as well as lived experience as service users in emergency mental health care, in addition to both formal and informal carers.

The ‘Good-Care-in-Crisis’ study worked toward identifying ways to improve service delivery in emergency psychiatric care, through exploring both the lens of professionals and service users. However, as the authors highlight in their reflective article, although they began with good intentions, the project did not end up being as collaborative as the researchers had initially hoped due to challenging relational dynamics and power hierarchies.

The authors discuss how service users’ voices were silenced in order to meet tight deadlines, which prevented co-researchers from working collaboratively on the conclusion, discussion, and summary of the study, which was instead produced by one team member who had academic affiliations and was the parent of a service user.

One of the co-researchers shared this reaction to the draft:

“I saw that a few sentences were written by someone who could not empathise with the position of the service user. . . . I felt dispossessed and unable to change these sentences. Who owns the final version? Who decides what words are chosen? Who has the power to decide the content of this most often read and most important part of the report [the conclusion]? It feels like X [the author of the draft] has all the power.”

Reflecting back on what they could have done differently, the authors believe that they should have asked for a deadline extension as a way to prevent voices from being silenced. They emphasize how diversity in knowledge needs to be respected and understood – particularly that of service users, who tend to be sidelined in favor of researchers whose knowledge is privileged – as a way to ensure that all voices are being heard.

The authors also observed how service users who had limited writing skills were excluded from fully participating in the development of the report. They described how a team member who had dyslexia was only able to give verbal feedback, and they were not able to adequately convey their knowledge to the rest of the team. Although creative measures were used in the study, such as songs, collages, and paintings, and were described in the final report, these items were not featured alone due to fears of some co-researchers that the research would not be considered “scientific.” Yet, being more inclusive of modes of expression outside of written text would allow for research that is itself more inclusive to all.

In their reflection of how the findings were discussed, the authors found that service users felt as if their lived experience was not valued or believed.

One team member recounted their experience:

“I felt that I was seen as a service user, not as a ‘whole person,’ and definitely not as an expert-by-experience . . . nor as a co-researcher. It was terrifying because that is my current identity, role, and expertise. As a service user and advocate of psychiatric patients, you need to prove yourself again and again, and show that you have distance from the subject of the study. You have to show that it is not only ‘your own story,’ but also the story of a variety of service users.”

Disconnection and difficulty in carefully attending to and listening to one another were present in the relationships between the professionals and service users on the team, which both groups of individuals felt and recognized. The authors recommend that research in the future include an equal representation of all of the perspectives involved.

Sadly, due to the critical nature of the report, it was ultimately not published in its original form due to fears grounded in previous experiences that powerful entities might sanction the organization, and that it could damage partnerships that could potentially effect change. The report was rewritten in a way that privileged the voices of the professionals, and led some team members to not feel adequately represented, with one member deciding to remove her name. The authors reflect how this event was challenging for team members.

The process of writing a reflective article about the power and relational dynamics that played out in the study proved to be healing for the group, who were able to mend their relationships. It also led to the development of a service-user-centered and -led group that intends to conduct participatory action research that aims to improve emergency psychiatric care.

Reflecting on the process as a whole, the authors discuss how epistemic injustice, which refers to being wronged in one’s capacity as a knower, was present throughout the study, as co-researchers felt undervalued, not worth listening to, and ignored. They highlight the irony and pain of the experience of epistemic injustice particularly during a study that was supposed to be co-produced by professionals and service users together. They discuss the sense of disconnection felt amongst research team members, which can lead to tension, resistance, and anger. They advocate for the practice of collaborative reflections on the relational dynamics among research team members during co-productive research, reflections that embody a “tend and befriend” approach that allows for a respectful coming together for solidarity, support, and advice.

The authors conclude: “This article reveals that the co-production of knowledge includes ethical responsibilities, and relational reflexive work can prevent disconnection and fragmentation. Care ethics is a source of inspiration to restore connections, and can generate energetic, creative, and innovative solutions that go beyond run-of-the-mill knowledge and ideas to better meet the needs of all service users in mental health care. The ‘tend and befriend’ option of response to crisis could give guidance for all involved in the co-production of knowledge.”