From Mashable: “It is legal to mandate mental health treatment for someone who appears to urgently need it but won’t consent. Known as civil commitment and assisted outpatient treatment, these legal arrangements place patients either in a hospital or outpatient program. They can often be requested by anyone, including family members, but must be assessed by a qualified medical professional. They are typically authorized by a judge. Research shows that such treatment can be painful, traumatic, and humiliating, and it may lead to worse outcomes. Yet, longstanding laws in combination with a broken mental healthcare system and negative stereotypes about mental illness have created a culture that frequently treats people with a psychiatric disability as incompetent and dangerous.

Some advocates and former patients say such arrangements are beneficial, even when involuntary, but critics argue that being coerced into mental health treatment can be tragic by many measures. Patients can lose their autonomy and civil rights, experience new trauma while hospitalized or participating in an outpatient treatment program, and come to resent and distrust mental health professionals, and are thus less likely to seek help in the future.

. . . ‘These are serious issues,’ says Dr. S.P. Sashidharan, a psychiatrist and honorary professor at the University of Glasgow in Scotland. ‘Celebrity cases like Britney Spears brings it out into the open to some extent, but it’s a much much bigger problem underneath all that — ordinary people being subject to increasing levels of control and coercion.’

While involuntary civil commitment and outpatient treatment are the most obvious forms of coercion, it can also appear in emergency rooms and doctor’s offices. Those forms of coercion might look like pressure from a mental health provider, implicit or explicit threats, involuntary sedation, restraint, seclusion in confined spaces, and forced medication.

. . . ‘As soon as you are seen as having a mental illness, it is seen as something that can only be modified through the use of medication,’ he says. ‘Many people refuse to take the medication because it has significant side effects. One thing leads to the other and people are forced to then accept medication, and this leads to people being more disengaged from services, which then turns to psychiatry saying you should be treated against your will.’

. . . Sashidharan believes fundamental change will come when the culture of psychiatry prioritizes consent over coercion and care over control, and when resources are used to give people high-quality treatment in their communities instead of placing them in a hospital or outpatient program.

‘Freedom is therapeutic,’ says Sashidharan, quoting a popular phrase in psychiatric reform. ‘Actually protecting the person’s freedom, by itself, increases the chances of that person of getting better. If you start doing the opposite, depriving the person of his or her liberty, then that is going to be damaging to the mental health of that individual.'” 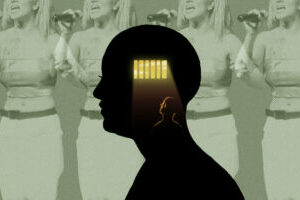