In a new commentary in Child and Adolescent Mental Health, Pim Cuijpers of Vrije Universiteit Amsterdam explains that although many new mental health diagnoses are associated with the internet, we cannot know how the internet affects the overall prevalence of mental disorders.

Cuijpers argues that according to the vulnerability-stress model of mental health, many people that have developed a mental disorder related directly to the internet (like internet addiction) would likely have developed other conditions without the advent of the internet. According to this model, as societal stressors come and go, the overall prevalence of mental disorders tends to remain steady. 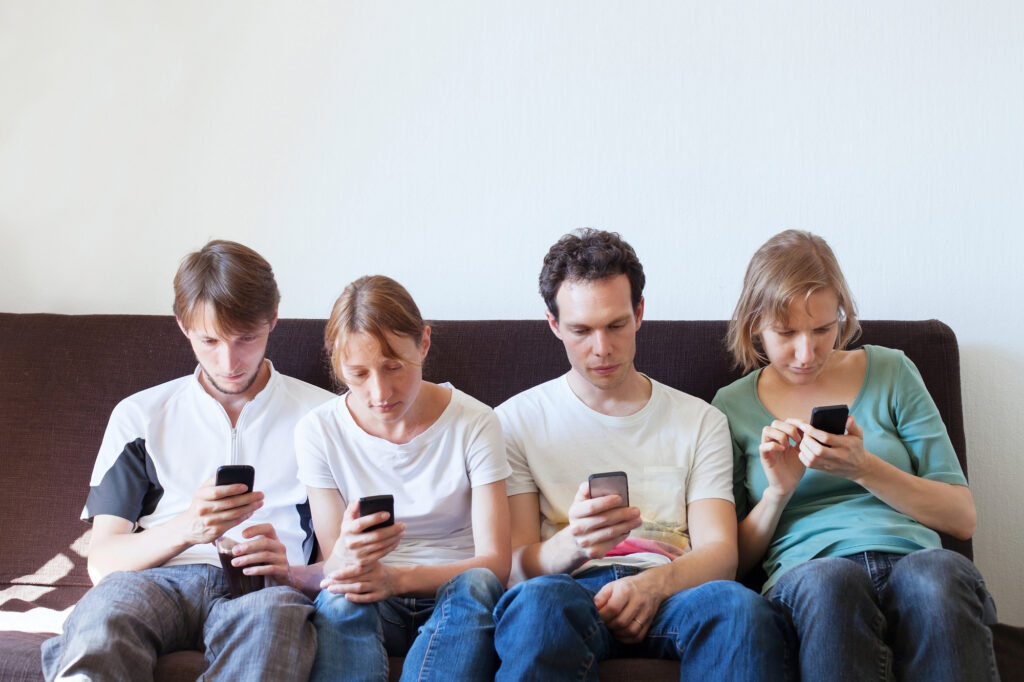 Many authors have written about the impact of technology on our mental health. The amount of time we spend looking at screens is growing and likely causing stress in young adults. Technology also has adverse effects on youth’s overall well-being by changing sleep patterns, enabling cyber-bullying, encouraging sedentary behaviors, leading to a decline in social skills, etc. Research has also seen screen time linked to depressive symptoms and suicide risk in teens. We have also seen strong correlations between internet addiction, depressions, and stress.

The research into the effects of social media on mental well-being, in line with the current work, is largely a matter of debate. While small sample sizes have linked social media use with depressive symptoms, the research is ultimately inconclusive. The effect social media has on our mental health may be more about whether we use it to make meaningful social connections or meaningless social comparisons.

The internet has allowed for therapy as well mental health screenings to be conducted completely online. While online treatment is likely not as efficacious as the face-to-face variety, practitioners largely agree that the increased access and other rewards outweigh the risk of online therapy. Conversely, clinicians have expressed concern over moving towards more remote mental health screens, especially when they could result in involuntary confinement. While there are specific situations in which a mental health screen can be conducted online, this work is generally better-done face to face.

Many service users have found community in online forums. These communities have assisted countless people in safely withdrawing from psychotropic medications. These forums also offer a view from the service user’s perspective, allowing for novel insights that might otherwise go unnoticed. Conversely, these forums can serve to reinforce possibly harmful moralistic understandings of mental illness.

The current work is a commentary directed towards another piece set to be published in the same issue. In the first piece, the authors lay out the consequences of the internet on mental health, citing the creation of entirely new disorders such as “internet addiction” and “internet gaming disorder,” and pointing to the worsening of existing conditions, such as compulsive buying disorder and gambling disorder. The current work attempts to remind the readers that although the internet is indeed implicated in these problems, there has been no causal relationship established between the internet and the overall prevalence of mental disorders.

Cuijpers explains that according to the vulnerability-stress model of mental disorders, vulnerability is the more important factor because we will always face stressors (whether now or in the future). According to the author, you will only develop a disorder in response to stressors when you are vulnerable. Therefore, when a new phenomenon enters society (like the internet), it can cause issues only for vulnerable people that would have likely had a similar experience without the recent phenomenon. As evidence, the author presents the relatively steady prevalence of major depression in the literature through the advent of many societal changes.

The author concludes by problematizing psychiatry’s assumption of knowledge around mental health. According to the current commentary, we can never really know if the advent of the internet has increased the prevalence of mental disorders, as we have likely never had an accurate understanding of prevalence in the first place. Furthermore, the author questions the field’s fundamental understandings of mental health:

Pim Cuijpers. (2021). Commentary: Did the internet cause an increase in the prevalence of mental disorders? – A commentary on Aboujaoude and Gega. Child and Adolescent Mental Health. (Link)