In 2011, the Journal of Pediatrics published a review of studies looking at the effects of screen time on youth and interventions to target its reduction. Findings indicated that increased screen time is consistently associated with poor outcomes in physical health, academics, traffic safety, aggression, compliance, depressed mood, attention, and creative play in youth (AAP, 2011). Today, the average youth spends more than 7 hours, 30 minutes exposed to technology a day, but close to 30% of this time is engaged in multi-tasking (e.g., watching television while texting). Thus, the total exposure is closer to 10 hours, 45 minutes, which is almost 44% more than in 1999, and exposure has only continued to grow.

Despite the warnings, trends have continued seemingly unabated and the consequences have grown in regards to our youth’s mental health & overall well-being. Amidst the promise of benefits that technology can provide if used strategically, there is an app full of reasons we as parents and a community should be gravely concerned about where our youth are headed. Here are a few:

The great sleep recession:  Sleep affects almost every area of physical and psychological functioning. 85% percent of teens sleep with mobile devices by their side. They are afraid to miss a 2 AM text. What they are really missing is an opportunity for a much needed good night’s sleep.

Sexting:  Sexting didn’t exist until mobile devices became available. Now teens are using apps that can’t even be tracked to send racy photos at alarming rates. If the photos weren’t enough, youth who engage in sexting are 4-7 times more likely to engage in sexual behaviors, be promiscuous earlier, and physically mature at a younger age.

Cyberbullying:  Cyberbullying is another issue that didn’t become prominent until mobile devices entered the youth world. Bullying and teasing have always been an issue. But now the number and breadth of ways that a youth can be bullied has expanded infinitely, and both the bully and the bullied remain affected as long as a digital trace endures.

Distractions galore:  The average adolescent female sends over 4,000 texts per month. That’s approximately 8 texts per waking hour. And it’s not even their day job (school). Question: “Where do they find the time?”  Answer: “In the middle of everything else.”

Classroom woes:  Mobile devices in classrooms, whether it is the ring, buzz, or all the other potential diversions, are clearly associated with decreased learning, retention, and efficiency. Think passing notes and classroom shenanigans were bad?  Try being a teacher and competing with mobile devices today, especially when classroom bans are often not reinforced.

Pornography:  The average male first views pornography by age eleven, mostly online. By the time they are young adults, they access it on average 50 times a week. Any wonder that pornography profits out-gross NBC, ABC, and CBS combined? Mobile devices make it all too easy.

Social skills declining: Eye contact, gestures, and basic interactive skills have long been the basis of relationships. But increasing evidence indicates that even the most core skills are being affected by mobile devices. Try having a conversation with someone who seems only half there; then imagine if this was the norm. No wonder young people are flocking to the digital world.

Obesity/sedentary behaviors:  By now, we all know the dire news about pediatric obesity and Type II diabetes in youth. Ironically, mobile devices encourage anything but mobility. The apps that purport to increase activity don’t have the data to support their claims. Meanwhile, the only safe way to game, text, message, or the like is to stop moving, which is one huge problem many overweight youth face today.

Brain development:  This one goes deep into the neurons and the glial cells to areas of functioning that affect all the previously mentioned domains. Nothing looms more important to our youth than the development of skills such as emotional regulation, impulse control, sustained attention, and “if…then” consequential thinking. They only have a little over twenty years to develop these skills before the brain reaches its maturation; mobile devices are not helping.

When conversations come up about technology use and youth, I often hear that “better” means this: greater ease and convenience, increased access to a wide variety of information, and more emotional, instantaneous experiences. If this is how we define better, then I have little argument that our youth have benefited from the technologically immersive culture of today.

But if I shift the definition of “better” to one that encompasses the four primary dimensions of our being—physical, psychological, social, and spiritual—we suddenly find ourselves, as parents, in an uncomfortable place. As noted above, I can point to many studies that suggest outcomes no one desires.

If we as parents and a community consider all of this, it must make us uneasy about the current technological climate when it comes to our youth. Yet, I wonder: Would we ever condone such a harmful lifestyle for our children if it wasn’t one which we ourselves embraced in much the same way?  I truly think this issue is the most important of its time, even beyond the concerns I have raised. But amid many different opinions, I will offer a frank one:

The devices that have been left to our kids are not “child’s play,” and should not be treated as such.  At any given time, our youth can run up thousands of dollars in bills, view graphic and disturbing sexual images, be awoken with frightening messages, reach anyone, anywhere, at any time, and live an otherwise distracted, detached life.

For what? Convenience? Access? Experience? Keeping up with the trends? Our kid’s brains only have a little over 20 years to develop the core they need for their rest of their lives. There are much more important things to pursue. 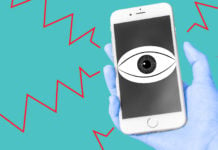