From The Fayetteville Observer: “On any given day, hundreds of children from North Carolina eat, go to school and sleep inside locked psychiatric facilities that operate almost entirely outside public view.

In these facilities, behind walls that few outsiders can penetrate, sometimes unspeakable things happen to them. Our ‘Locked Away’ investigation discovered the magnitude of the problem as we reviewed hundreds of investigative reports and spoke to survivors. Many kids don’t get help. Others never needed institutional care in the first place. Some are hurt.

An employee at Jackson Springs Treatment Center near Fayetteville who had served time in prison for second-degree murder repeatedly punched a boy in the face, records show.

He broke the child’s eye socket.

No one sent for medical treatment for the boy. Four days later, he finally was taken to the hospital.

. . . USA TODAY Network studied about 40 psychiatric residential treatment facilities across the Carolinas and seven other states. Our reporting sought to understand how well one state, North Carolina, carries out a life-altering responsibility: the care and protection of kids who’ve been abused and neglected.

Psychiatric residential treatment facilities are supposed to provide safe, 24-hour care for kids with severe mental health and behavior problems. The government pays the bill for many of the youths, who are under the supervision of the state foster care system because they have been mistreated at home.

A review of inspection records, state and federal reports and other data made clear what is happening to them and many other youngsters. North Carolina warehouses kids in psychiatric residential treatment facilities because state lawmakers have not paid for alternatives that research suggests is cheaper and more effective.

‘We are ruining people’s lives, and we’re doing it in the most expensive way possible,’ said State Rep. Verla Insko, an Orange County Democrat, who serves on the North Carolina Legislature’s Joint Legislative Oversight Committee on Medicaid and Health Choice. ‘It’s inhumane and irresponsible. It is a government failure.'” 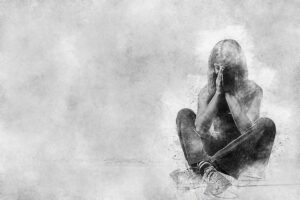