From Mark Goulston MD/Psychology Today: “When young children and pre-teens step out into the world and fall on their face, they look back to their parents to be comforted by a mom and pumped up by a dad. If the connection is done in the right way that is neither too overprotective/indulgent, critical/abusive, absent/neglectful, but is instead guiding/supportive, that child will internalize that response from what psychologists refer to as a ‘caring surround’ and call upon it when they hit a wall later on in life.

If that child didn’t have a supportive/guiding relationship with their mom and dad and instead had either the overprotective/indulgent, critical/abusive or absent/neglectful one because their parents were divorced, self-involved, or so in need of the comforting and pumping up themselves, the child has nothing to internalize to buttress its ego against the slings and arrows and raging hormones of everyday life as an adolescent.

What if you’re an adolescent or even a pre-adolescent stepping out into the world without an internalized protective safety and resilience net? . . What if in the midst of your uncertainty you discover uppers like cocaine or prescribed stimulants that you can borrow from friends that make you feel stronger and more confident than you actually feel? And what if like Icarus you’re flying too close to the sun on those uppers and your wax wings begin to melt throwing you into a free-falling panic and you discover downers like heroin, alcohol, marijuana or prescribed downers like Xanax to ease the fall?

When vulnerable adolescents . . who may not have the optimal connections with parents discover that they can medicate themselves and create those ‘parent-like’ connections with drugs to pump them up at one end and soothe them at the other, they have suddenly created the emotional family they never had . . .

One reason the drug problem is so difficult to solve is because children who have discovered this new ‘family’ where drugs take the place of real comfort and encouragement and where they get to feel ‘whole’ are reluctant to go back to feeling like the emotional and vulnerable orphan they were when their pain was never responded to or made worse by abuse. Their lives feel complete as long as their drugs are available. And when they can’t get those drugs they go into withdrawal and go from complete to brittle in the blink of an eye.” 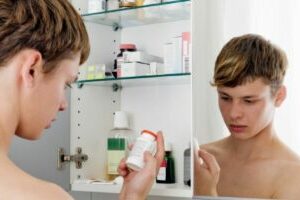