A new study, to be published in Health Expectations, investigates factors that support and impede the discontinuation of benzodiazepines and Z-drugs, referred to as benzodiazepine receptor agonists (BZRAs), by long-term users.

The analysis of interview data identified differences in perspectives across current and former users. They suggest that effective interventions must be specifically tailored to the individual.

“While commonalities existed between participants in terms of perceived barriers and facilitators to discontinuing BZRA use, individual participants had different experiences of the identified determinants of BZRA discontinuation,” write the researchers, led by Tom Lynch, a Ph.D. candidate at the School of Pharmacy and Biomolecular Sciences in the Royal College of Surgeons in Ireland.

“Compared to the findings from the interviews with previous users, more barriers and fewer facilitators of discontinuing long‐term BZRA use were identified among current users.” 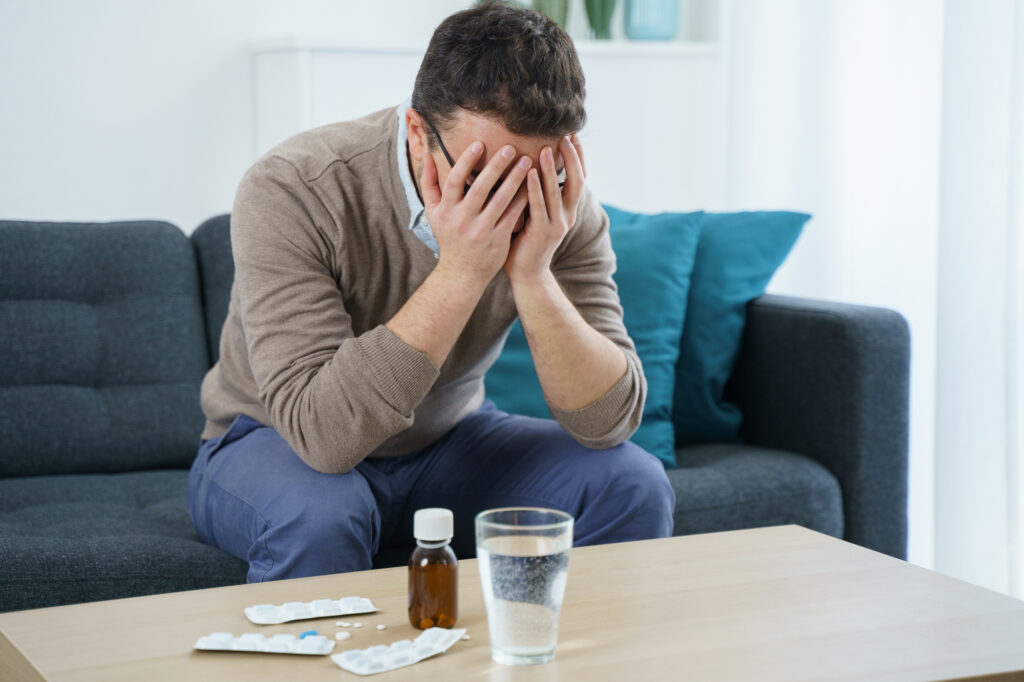 This research is part of a project developing primary care interventions for facilitating BZRA discontinuation by long-term users. Some prior work has examined patient experiences of specific barriers to discontinuation, like dependence and withdrawal symptoms.

The new research identifies both barriers and facilitators for discontinuation while also comparing the perspectives of current and former long-term users, all within a theoretical framework for behavioral change.

Lead researcher Tom Lynch performed semi-structured interviews of two cohorts, one consisting of current long-term users of BZRAs, the other of former long-term users who successfully discontinued the drugs.

Interview guides were developed around the domains constructed in the Theoretical Domains Framework (TDF), a tool devised by integrating multiple psychological theories of behavioral alteration into a set of domains of mediators for change, including both barriers and facilitators to the process. For instance, within the “Knowledge” domain, a sample interview question is, “What do you know about reducing or discontinuing long-term use of these medications?” The TDF domains were also used as predefined codes for analyzing interview data.

The researchers had hoped to develop a narrower set of domains to target for intervention purposes, but this was precluded by the idiosyncrasies of participants’ experiences of BZRA discontinuation. While the participants identified some common factors supporting or interfering with discontinuation, their individual relationships to these mediators to behavioral change differed significantly.

To take an example of the diversity of experiences, while the researchers note mixed levels of self-confidence concerning participants’ own abilities to discontinue BZRA use, they find those with more confidence reference prior times they have successfully stopped using during their interviews. One of these participants even said, “Well, last year, I stopped [zopiclone] for a month… and very surprisingly, I didn’t feel any major withdrawals. I remember thinking to myself, if I ever needed to come off, it wouldn’t be difficult.”

Given they refer to the lack of withdrawals with surprise, this participant seems self-aware their experience may be an outlier. As the researchers indicate, “Across both cohorts, withdrawal symptoms were the most commonly perceived negative consequence of discontinuing BZRA use.”

Issues with withdrawals may be exacerbated by varying levels of knowledge concerning harm reduction measures for BZRA discontinuation. For instance, while the researchers found all participants knew long-term BZRA use came along with certain risks, and most knew they were not recommended for long-term use in general:

“A number of participants in both cohorts did not know the recommended duration of BZRA use and lacked awareness of appropriate discontinuation methods, with one participant having experienced a seizure as a result of abruptly stopping BZRA use.”

Again, however, the researchers note individual experiences of knowledge barriers were also not universal.

Similarly, outside experiences with healthcare differed radically, though with more consistency by cohort. The researchers write:

Former users were also more likely to refer to resources and strategies that assisted discontinuation, particularly the use of CBT, and to identify more positive consequences of discontinuing the drugs. Meanwhile, the researchers note:

“Participants across both cohorts perceived a lack of available resources for dealing with mental health issues and supporting BZRA discontinuation.”

This article forms a piece of the construction of a new intervention to assist in BZRA discontinuation by long-term users of the drugs, providing a thorough investigation of both encouraging and discouraging mediators to discontinuation and grounding the entire inquiry upon an existing theoretical framework for behavioral change, the TDF.

Given the wide variance in individual experiences of the domains identified as salient by participants interviewed about discontinuation, the research problematizes the use of generalizations concerning key factors to highlight during such interventions, instead indicating the importance of maintaining flexibility.

Lynch, T., Ryan, C., & Cadogan, C. (2021). ‘I just thought that it was such an impossible thing’: A qualitative study of barriers and facilitators to discontinuing long‐term use of benzodiazepine receptor agonists using the Theoretical Domains Framework. Health Expectations. https://doi.org/10.1111/hex.13392 (Link)