“Risperidone/paliperidone may cause progression of memory impairment in the early months of FEP,” the researchers write.

The study was part of the Staged Treatment and Acceptability Guidelines in Early Psychosis (STAGES) trial, a randomized, triple-blinded, placebo-controlled trial for first-episode psychosis. All patients received psychotherapy, but one group also received an antipsychotic (risperidone or paliperidone), while the other received a placebo. 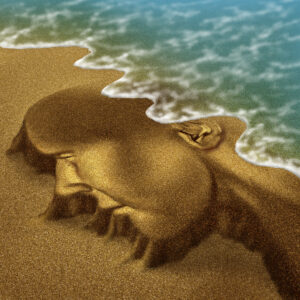 The main outcome of the STAGES trial was whether antipsychotics improved outcomes. In a 2020 paper in Schizophrenia Bulletin, the researchers wrote that there was no difference between the two groups on psychosis symptoms, functioning, quality of life, depression, or anxiety. That is, the antipsychotic was no better than a placebo.

However, people taking an antipsychotic did significantly worse than the placebo group on three tests: immediate paired-associate recall, total paired-associate learning, and delayed cued recall—tests that measure learning and memory. While those in the placebo group improved on these tests by six months, those taking an antipsychotic actually worsened on these tests so that their performance was even lower than their baseline (pre-treatment) scores.

“A significant implication of the findings is that, at least for some patients, partially or completely withholding antipsychotics (when clinically safe to do so) is not harmful to cognitive functioning and may be beneficial for verbal paired-associate learning and memory in the early course of FEP.”

The paper was posted as a preprint (before peer review) on the medRxiv website.