In a new study, researchers found that when kids were taking Ritalin (methylphenidate), their risk of depression increased. Once they stopped taking the drug, their depression risk dropped back to normal levels.

“Our findings suggest that use of methylphenidate medication in young people with ADHD is temporally associated with the emergence of depression. With the increased global use of ADHD drugs, the benefits of methylphenidate should be carefully evaluated against the potential risk of depression in children and adolescents,” the researchers write. 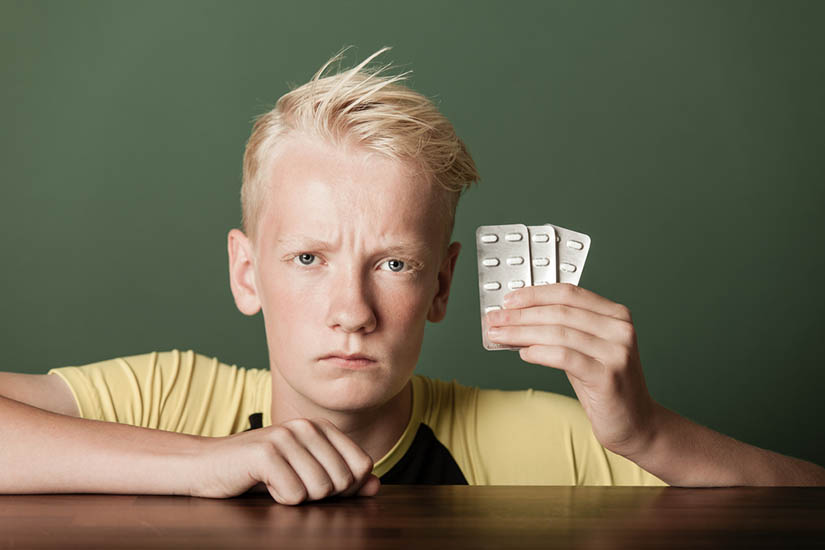 The researchers were Yunhye Oh and Yoo-Sook Joung at South Korea’s National Center for Mental Health, and Jinseob Kim at Seoul National University, South Korea. Their analysis included the medical records for the entire population of South Korea.

The participants included 2,330 youth (ages 6-19) who received a diagnosis of ADHD and methylphenidate prescription between July and December 2007. They included data on ADHD medication, depression diagnoses, and antidepressant medication. The researchers used a case-control design to establish when, relative to stimulant prescription, depression risk spiked.

The kids were then given Ritalin, presumably with the hope that it would control ADHD symptoms, and thus improve the kids’ overall quality of life.

But the prescription seemed to have the opposite effect. While taking the stimulant drug, kids risk of depression spiked to more than 18 times that of their “healthy” peers.

This could still be driven by underlying depression risk continuing to increase despite the drug, though. However, once kids stopped taking Ritalin, their risk of getting a depression diagnosis dropped down to a level equal to that of their “healthy” peers.

The researchers found that once kids were no longer taking the stimulant medication, their risk of depression began to fall. By 30-60 days after discontinuation, they were no more likely to be depressed than their peers who had no mental health problems.

Although their results could theoretically still be driven by confounding factors, the strong case-control design and the finding that depression risk dropped after discontinuing the drug make a causal relationship between Ritalin and depression more likely.

Although previous studies have found mixed evidence, with some finding no connection, but others supporting this effect, it’s possible that the current study’s stronger design was better able to capture the full picture. Animal studies also support this finding of Ritalin-induced depression, as in a study concluding that rodents exposed to Ritalin “were significantly less responsive to natural rewards such as sucrose, novelty-induced activity, and sex.”

The most well-regarded and highly cited study of childhood ADHD, the NIMH’s MTA study, found promising initial results, which were published widely in the mass media and led to the belief that stimulants were extremely effective for ADHD treatment. However, later results of the MTA study were dismal: the three-year follow-up found that those receiving treatment were no better off than those who did not, while the six-to-eight-year follow-up found that those who received medication did no better than those who did not. By that follow-up, none of the treatments had been successful: the children who received treatment still scored worse than the normative comparison group on 91% of the measures they tested.

Editor’s Note: The description of the six-to-eight year results of the MTA study was edited for clarity.