A new study in the American Journal of Psychiatry conceptualizes how structural racism and cumulative trauma are macro-level societal conditions that drive the transmission of depression, affecting several subsequent generations.

The authors provide a clinical case example and highlight the importance of examining the intergenerational reach of depression while giving recommendations for disrupting structural racism.

“We assert that structural racism and cumulative trauma are fundamental drivers of the intergenerational transmission of depression,” the authors argue. “The clinical vignette used in this review highlights the ways in which structural racism (e.g., familial housing discrimination and lack of access to mental health treatment) and cumulative trauma (e.g., exposure to hate crimes via cross burnings, parental incarceration, and ACEs) interact to influence the intergenerational transmission of depression.” 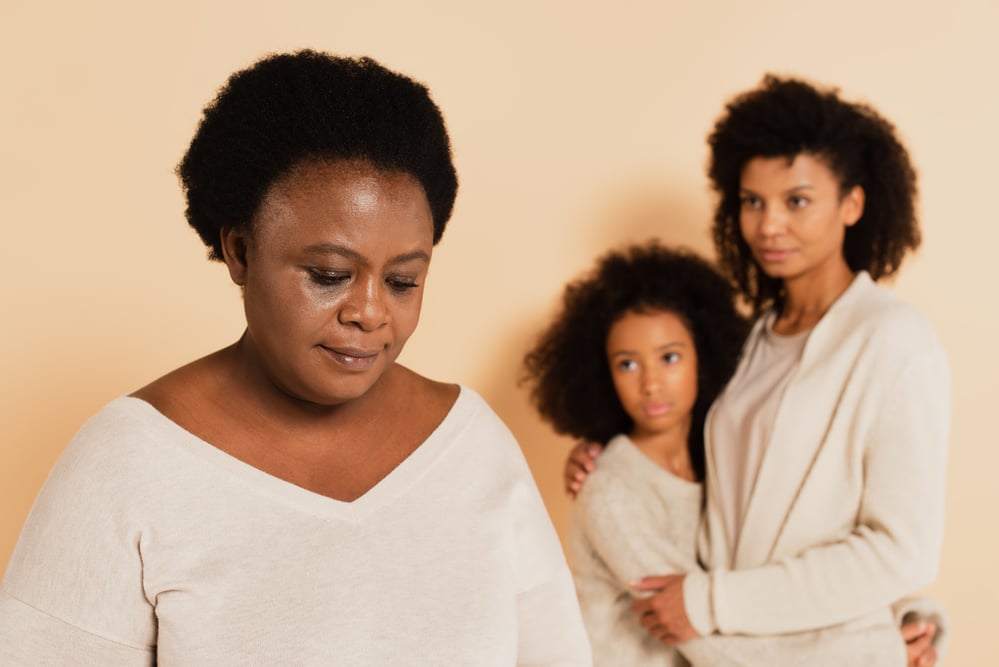 The authors argue that not enough attention has been paid to how structural racism and its intergenerational consequences contribute to the transmission of depression from one generation to the next. Therefore, the authors propose that understanding the intergenerational reach of depression as a risk factor requires accounting for structural racism routinely experienced by racially and ethnically minoritized individuals.

In an alarming 2019 study, researchers found that from 1991 to 2017, African American adolescents experienced a 73% increase in suicide attempts, while suicide attempts among White youths decreased by 9%. These numbers highlight the urgency of understanding the contributing factors to racially minoritized youth and adults alike experiencing depression and disrupting the various etiologies of their depression.

An important factor to consider, particularly in the United States, is cumulative trauma. Cumulative trauma is a term used to capture the toll of repeated injury to aggravated repetitive insults. Medical examples include carpal tunnel syndrome, low back pain, or tennis elbow. These medical examples provide a framework for understanding how cumulative psychological consequences build-up from serial traumatic experiences. The authors connect this to structural racism, stating:

“Traumatic experiences stemming directly from structural racism represent the failure of a trusted entity (institutions, society, or the government) to protect one from harm.”

Similar to cumulative trauma is the notion of “historical trauma,” which refers to the intergenerational trauma experienced by a group of individuals who have been systematically oppressed in previous generations. This concept was first introduced into psychiatric literature through descriptions of behavioral and clinical concerns in offspring of Holocaust survivors.

The research and literature on intergenerational trauma are connected to the study of Adverse Childhood Experiences (ACEs), which include experiencing or witnessing violence, abuse, or neglect in the home or community. Ample research has shown that children with higher amounts of ACEs are at higher risk for negative health, social, or behavioral outcomes in adulthood, including increased risk for depression across the lifespan.

The authors provide a powerful case study using the clinical example of “Barbara,” a 64-year-old African American woman with a psychiatric history of depression and PTSD. The case described how structural racism and cumulative trauma affect the intergenerational transmission and illness course of depression in an African American family.

Barbara’s story includes witnessing her mother experience depression as a child and her father’s experiences fleeing the Deep South due to racially motivated hate crimes, only to be met with structural racism in the housing and employment market in the North. Barbara’s father was later sentenced to a 15-year prison sentence for possession of marijuana, despite it being his first criminal offense.

Barbara experienced a range of ACEs before having her first depressive episode as a young adult and had her own experiences with discrimination and racism that compounded her symptoms. The authors write:

“To this day, Barbara experiences recurrent depressive episodes and PTSD symptoms, most notably hypervigilance. Her symptoms are exacerbated by present-day events, such as the murder of George Floyd in 2020, that remind her of the historical traumatic events to which her family was exposed. Furthermore, she has attributed the persistence of her depressive symptoms to challenges navigating the health care system, mistreatment by mental health care providers, and lack of access to affordable, high-quality treatment.”

To break familial cycles of depression, as illustrated in the case of Barbara, the authors urge that actions must involve directly addressing structural barriers racially minoritized communities face, particularly as there is evidence these barriers are leading to the transmission of depression.