Pharmaceutical companies engage in business models prioritizing profit over efficacy and accessibility of drugs treating medical and psychological conditions. Simran Siddalingaiah and Adriane Fugh‐Berman conducted a study to quantify the amount of inflation caused by profit-seeking patent tactics. In addition, they provide detailed descriptions of re-patenting techniques that prevent generic versions of brand-name drugs from reaching consumers well beyond the 20 years an original patent lasts. These “evergreening” tactics result in unnecessarily high spending on pharmaceutical research without innovation and over 300% increases in prices for consumers.

“Patent extension tactics increase drug costs while providing little additional benefit to patients. Minor alterations in formulations or dosing may provide no clinical benefits. Many FDCs are expensive and fail to provide cost-justified improvements in clinical outcomes, compared to equivalent generic drugs that would save money while delivering an equal standard of care,” the authors write. “Evergreening tactics should be reined in, as they represent a significant cost to the healthcare system and to patients.” 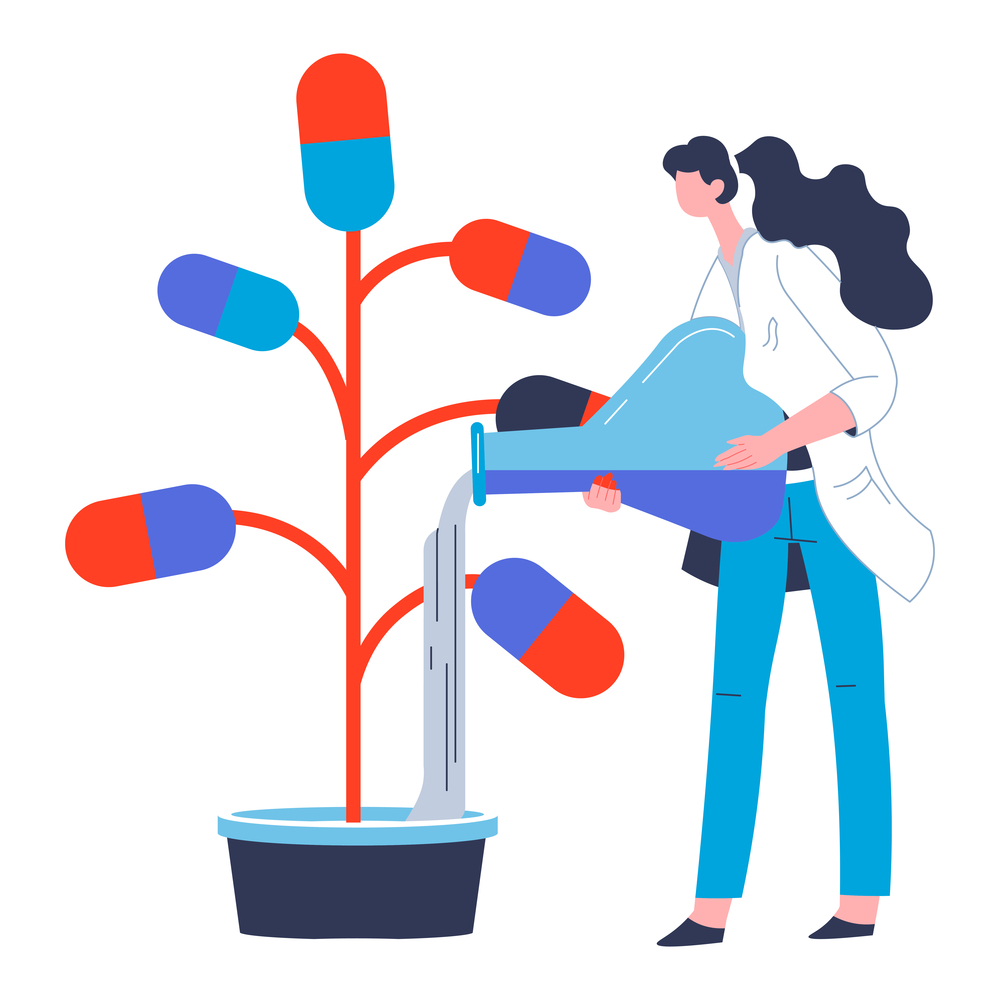 Although prescription drug spending in the US is estimated to be over $300 billion per year, a large amount of this spending is not on the development of new drugs but on slightly different iterations and combinations of existing branded drugs. New drug patents last 20 years, including time for testing on humans. This leaves approximately 12-14 years in which the drug is patented and on the market. In addition, drug companies can file patents for a variety of reasons that add years to the life of an existing drug’s patent: drug formulations (i.e., immediate- vs. extended-release), manufacturing methods, minor changes in dosing, the addition of specific ingredients (active ingredients, preservatives, salts, etc.), each form drug administration (i.e., oral, inhaled, topical, etc.), and “new use” (additional conditions or purposes for which a drug can be used).

Siddalingaiah and Fugh-Berman describe common tactics companies use to increase their profits without developing novel drugs and frequently without providing any additional medical benefit to consumers. ‘Evergreening’ refers to tactics by which companies extend the life of patents for branded drugs that would otherwise face generic competition. This includes applying for new patents for small, incremental changes to existing drugs.

“Product hopping,” a subset of evergreening, is when companies discontinue drugs with old or soon-to-expire patents to force consumers to switch to ‘new’ drugs that are nearly identical to the old ones. This gets consumers used to the ‘new’ drug before a generic version of the older drug can come onto the market.

“For example, just before expiration of the patent on Suboxone (buprenorphine, used to treat opioid use disorder), Indivior Inc. phased out the tablet form, forcing patients to switch to the newly patented sublingual film. This stalled generic competitors by diminishing the market for tablets, forcing generic manufacturers to re‐engineer their product and market entry strategy.”

A third common tactic involves releasing new drugs with odd increments or pricing for different dosages. For example, the authors write, “the lowest dose of Augmentin, an antibiotic that combines amoxicillin and clavulanate, contains 250 mg of amoxicillin and is priced twice as high as the 875 mg form. The highest and lowest dose variations are more expensive than the intermediate dosage, which has 500 mg amoxicillin.” This practice prevents prescribers from doubling or halving cheaper dosages of a drug to reduce costs for their patients.

Lastly, the authors discuss the evergreening tactics involving fixed-dose combinations (FDCs). FDCs are two or more drugs combined in one set dosage ratio. This can include combinations of two generic drugs that are then branded under one patent.

Many of these practices have ostensibly no benefit for patients and frequently cause additional harm. As an example, Aricept (donepezil), a dementia drug marketed initially in 10mg dosages, was later released at a 23mg dosage that provides no additional medical benefit but has three times more negative side effects and ten times the cost.

Companies sometimes obtain new patents to apply existing drugs to what Siddalingaiah and Fugh-Berman refer to as “seemingly invented diseases,”; for instance, Premenstrual Dysphoric Disorder and eyelash hypotrichosis (a “disease” involving a subjective “inadequate amount of eyelashes”). However, both supposed conditions have no consistent empirical support for their existence.

FDCs increase the likelihood of patients buying them who want one of the individual medications. While this means more profits for companies, there are several downsides for patients. When patients have adverse reactions, it can be difficult to tell which drug harmed them.

Pharmaceutical companies defend practices like the creation of FDCs and changes in dosage by suggesting patients will not adhere to their prescribed use when multiple pills are involved. However, a Mayo Clinic study found no relation between the complexity of pills and adherence to prescribed usage. The World Health Organization found many other systemic factors contribute significantly to the lack of patient adherence; lack of affordability and access to drugs, patient factors (i.e., poor memory or cognitive function, beliefs about medication), and health care system and provider issues in communication and provision of access.

In addition to giving visibility to profit-chasing evergreening tactics, Siddalingaiah and Fugh-Berman’s conducted a price analysis of multiple branded pharmaceutical drugs and their generic equivalents. The ratio of active ingredients to the price of the pill was also compared for FDCs versus single-medication pills. Prices were collected from GoodRx.com and two wholesale chain distributors.

“Branded fixed‐dose combinations generally cost far more than their individual constituents. FDCs that combine metformin with other drugs are an exception, often costing the same as the non‐metformin component.”

This study provides important information about the nature and degree to which pharmaceutical companies manipulate patent law at the expense of consumers, and it is crucial to consider socioeconomic differences in access to the desirable brand name and generic drugs. For instance, drugs in higher demand (due to higher efficacy or lower side effects) are frequently distributed differently across higher and lower-income neighborhoods even within the same state. Information about relative access to cheaper, generic equivalents would help with understanding the negative impact of patent tactics on lower-income consumers.

In summary, evergreening methods used by pharmaceutical companies involve a large variety of incremental changes to dosage, formulation, delivery method, and other aspects of existing branded drugs, as well as creating combinations of existing generic drugs. However, these changes and combinations rarely provide additional medical benefits to patients.

The authors argue that “drug cost regulation is critical to the US healthcare infrastructure” in order to prevent unsustainable increases in spending. They suggest that, despite its original purpose of promoting innovation, patent law is currently exploited to create exorbitant drug prices without innovation. Amongst the possible solutions Siddalingaiah and Fugh-Berman explore, they suggest that attempting to control costs by excluding specific, exorbitantly priced drugs is too inconsistent to be effective. Pharmaceutical companies are also too financially invested in the current structure to lower costs when asked.

They conclude that the FDA and other regulatory authorities should be given the power to require that additional patents only be granted when drugs demonstrate sufficient benefits for patients’ safety, cost, and long-term outcomes. Secondly, patent laws should be changed to disincentivize pharmaceutical companies from making minor changes to existing drugs.

Many evergreening practices interfere with prescribers and pharmacy attempts to provide patients with lower-cost equivalents. Some practices, like non-linear dosage changes, even prevent patients from getting the most effective dosages or introduce unnecessary side effects or costs. Sequential release of nearly equivalent branded drugs also increases profits for companies by preventing the frequent decline in popularity that tends to occur with all products.

However, all of these tactics that extend patents for several decades prevent medically equivalent and cheaper generic drugs from reaching consumers. Essentially, pharmaceutical companies can maintain monopolies over each branded drug far beyond the 20 years the original patent allows.