As a psychiatrist and psychedelic researcher in Melbourne in 2022, I’ve reached the conclusion that we are in for a wild ride with psychedelics over the next few years.

Last night I watched the first episode of Michael Pollan’s Netflix series and it certainly was impressive, and can I say seductive? How, after watching this show, could anyone resist the temptation to dabble in mind-altering substances? My colleague Stephen Bright posted that he “loved the cinematography”, and along with the production and inspiring narration, the whole package was a very bright green light for psychedelics. 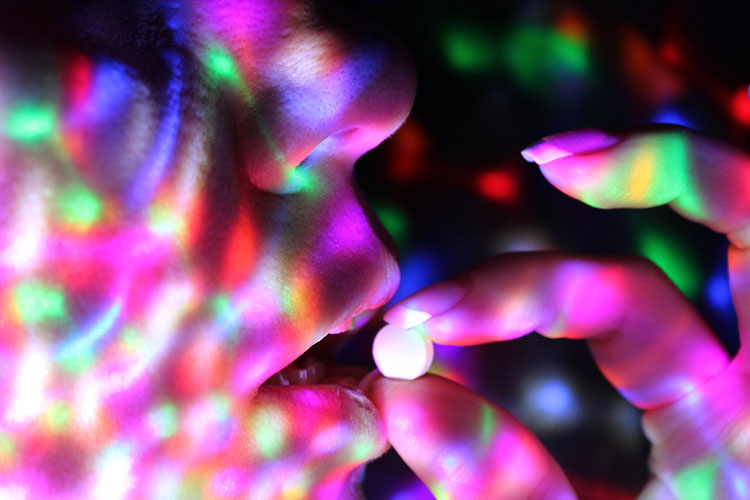 In an article in the Sydney Morning Herald and the Melbourne Age published while I was writing this piece, Pollan claims “he is not an advocate for people taking psychedelics but for more research and for more public understanding.” After watching his show and reading the newspaper article, which was all about psychedelics and was included in the Lifestyle section of the papers, I remain unconvinced about that.

Local filmmakers too are getting in on the act and along with all the positive media that psychedelic medicine are attracting, there are the many people I have already written about who are pushing to get these drugs out there as fast as possible to treat psychiatric illness and promote human development.

Now I hate being the odd man out but there is another angle to all this hype. Let me explain.

Last week I was referred a case that beggars the imagination.

A middle-aged couple who had lost their only child through illness a few years previously had been unable to deal with their grief. The grief was overwhelming and apparently disabling, possibly because they had struggled for many years to conceive through IVF. The child was precious and the loss too difficult to deal with.

After a number of failed attempts to get psychological help, the couple turned to a so-called therapist who claimed she was part of a team involved in psychedelic research in Melbourne. This therapist then offered to treat the pair individually with psychedelic assisted psychotherapy. The couple accepted.

I do not know what therapy was offered or how it was delivered.

I do not know the dosage of the drug administered which I believe was psilocybin.

What I do know is that the therapist was not qualified, was not acting legally and lied about her involvement in the research.

I am also fairly confident in saying that there is as yet no evidence that psilocybin assisted psychotherapy is a preferred treatment for unresolved grief. Perhaps MDMA, but not psilocybin.

Anyway the “treatment” went ahead. The wife was the first to have her dosing and from all reports coped quite well although I have no knowledge of whether she felt better afterwards. What I do know is that when I spoke to her some time later, she was extremely distressed, and increasingly desperate. Not because of what had happened to her, but rather because of what had happened to her husband.

He had had his psilocybin dosing the day after his wife but unlike his wife, the experience had thrown him into a profound catatonic depression. With that, the “therapist” quickly disappeared, the family could not afford private care, and the poor fellow was rapidly admitted to, and then confined in, a public psychiatric facility. He had become increasingly unresponsive and his wife had been unable to cope with his total dependence upon her.

The treating psychiatrists in the hospital who understandably had little understanding or experience of what had happened to this man, began treating him with large doses of a powerful tranquilizer olanzapine, as well as antidepressants, and were seriously considering electro-convulsive therapy.

I’ll leave this tragic misadventure at this point. Certainly, a lot more needs to be done to help this poor man and at this stage I would be foolish to prognosticate.

Hopefully he’ll get better but this case is worth noting, not only because of what has happened and the suffering it has caused, but also because it raises a number of questions about where we are heading with psychedelics.

Yes, psilocybin is regarded as a relatively safe substance. A study by the Independent Scientific Committee on Drugs in the UK led by Prof David Nutt concluded that mushrooms (psilocybin) were the least harmful of the 20 substances considered, including alcohol and tobacco smoking. An Australian study replicated these results.

I do not wish to argue with these studies and their conclusions about harm, but I do know that any research can never take into account what I would describe as the quotidian context. Research is all about metrics, averages and ideally large populations. It can never take into account individual contexts and situations. With our patient there was an unusual and dangerous mindset, a man with profound unremitting grief hoping for relief and with no previous experience with psychedelics, combined with a risky treatment setting involving poor therapeutic and illicit practices. It was a recipe for a disaster.

Psilocybin might be safer than other drugs but no-one can deny its potency, its potential, and the psychological risks it will always present. It is not fear and loathing that I am expressing here but rather respect, respect for a group of special substances that are at our disposal and that can both help or harm. This ultimately depends upon us and how we administer these substances.

And this case also exemplifies what I would call the current Australian psychedelic bottleneck. Maybe it’s happening elsewhere but certainly it is happening in this country. To borrow an overused phrase, in my opinion we face a perfect (psychedelic) storm, not too dissimilar too the psychedelic storm of the 1970s.

In Australia, particularly in. Melbourne, we have psychedelic research progressing well but slowly in the scheme of things, partly due to Covid and partly due to the nature of good research. This situation understandably encourages impatience.

On top of this there are people like Pollan, along with advocacy groups and associated prominent individuals generally with no scientific or medical background, pushing hard to get these drugs out there, because they are potentially therapeutic and/or life enhancing.

We have an unknown (at least to me) number of underground therapists, shamans, healers and so on, actively providing people with these substances. This activity is completely unregulated and therefore dangerous.

Fortunately, we have the Australian Psychological Society encouraging psychologists to get interested and educated in the use of these substances and wanting the RANZCP to get involved as well. But as I have frequently emphasized before, that is not happening! The College of Psychiatrists, for various reasons has not as yet shown much interest, or used its considerable influence in all of this which really rankles.

So put all that together and you get a large number of people wanting to have a psychedelic experience or treatment, but legally they cannot. So it is done illegally and stuff happens, some good stuff and some bad stuff. And that, in my opinion, is just not good enough. We can, and should, do better.

We need to protect the vulnerable from the charlatans, the over ambitious, and yes, the greedy. We need to let the research run its course, so that we can learn how to use these drugs safely within a safe controlled environment. We need government agencies such as the TGA and the State Health Departments to stand up to the pressure groups and introduce appropriate regulations in conjunction with professional bodies such as the Australian Psychological Society and the College of Psychiatrists.

There is another side to all this.

The great twentieth century sociologist Max Weber wrote extensively about the disenchantment of modern life. He believed that since the Enlightenment, science and reason had eroded the sway of religion, spirituality, superstition and magic such that transcendent values had become increasingly unavailable to many, especially in secular cultures, which modern Australia has become. He argued that through reason the world had become transparent and demystified, and hence disenchanted.

For Weber the disenchantment of the world was the alienating and undesirable flip side of scientific progress.

Interestingly he borrowed from Hinduism and described the world as a great enchanted garden, all too easily uprooted and disturbed by science and reason as we humans lose our ability to see nature as an inherently meaningful order. Or in other words the loss of animism – seeing all of nature including humans as alive, interconnected and part of the whole – leads to anomie, loss of meaning, depersonalisation and the objectification and abuse of nature with all its environmental consequences.

If Weber was correct and indeed we do live in a disenchanted world, what is then logically required is the collective reawakening of a sense of wonder and awe, a revival of universal ethics, and a restoration in the belief of animate interconnected nature.

So what has this to do with psychedelic drugs. Well, all you have to do is watch Michael Pollan’s show to find out. There you will see a kaleidoscope of psychedelic-induced wonderments such as magic, transcendence, ecstasy and ultimately re-enchantment. Hard to resist, particularly if we are indeed living in a world where disenchantment has the edge over enchantment.

This I believe is the oft-forgotten force behind the powerful allure of psychedelics.

But for those of us in the psychedelic research domain who urge caution and patience as opposed to excitement and experimentation, the sad truth is that our warning voices are being drowned out by the cacophony created by the protagonists driven by the lure of enchantment who seem to have completely forgotten the Leary legacy and the harm these drugs can do.

This then is the recipe for a perfect psychedelic storm!

With psychedelics it is important to remember that no matter what happens to our minds, we must keep our feet on the ground. The day will come when these psychoactive medicines will have their place in the psychiatric and psychological armamentaria, but we are not quite there yet.