October is the National Bullying Prevention Month. Research demonstrates that bullying can compromise mental health. As a result, the United Nations has called for policies to address bullying as part of a rights-based approach to mental health.

A recent article published in the JAMA Pediatrics explores whether anti-discrimination litigation is related to sexual orientation-based harassment and discrimination in schools. The study found that litigation that protects and promotes LGBT+ rights may reduce rates of homophobic bullying in schools.

The study was led by Dr. Mark L. Hatzenbuehler, a professor from the department of psychology at Harvard University. Hatzenbuehler and his coauthors write:

“Homophobic bullying – a subtype of bias-based bullying – has been linked to significantly worse psychosocial and academic outcomes. While there is emerging evidence that litigation can change the public attitude toward stigmatized groups, the extent to which litigation affects stigmatizing behaviors remains largely untested.” 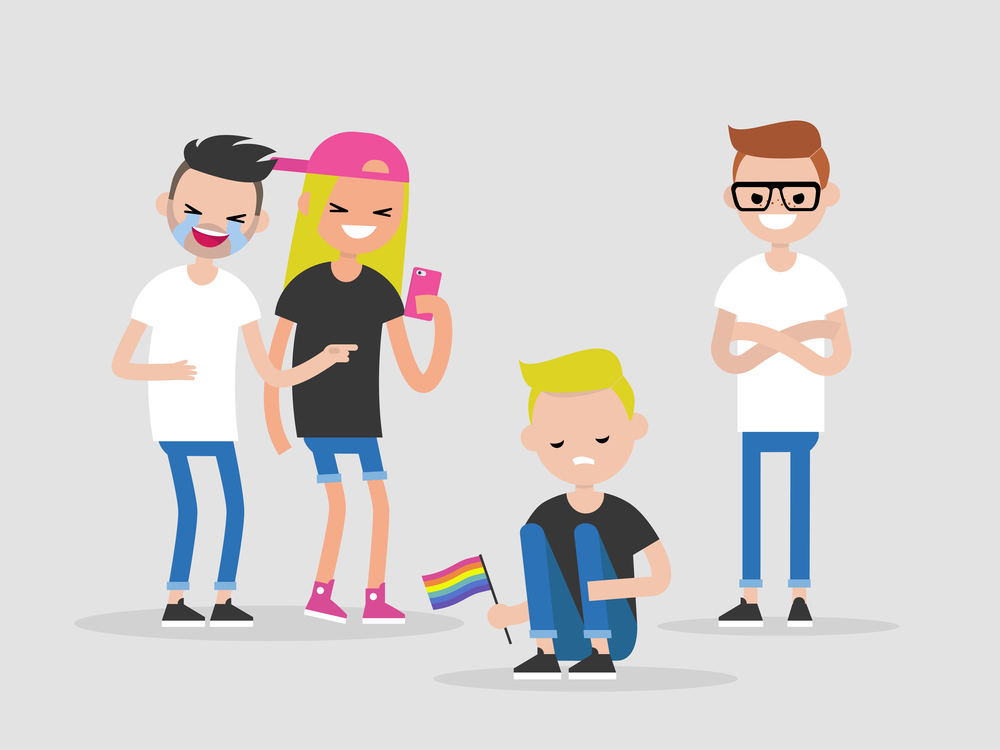 “Because existing approaches either lack empirical evidence or encounter significant obstacles, we focus on litigation as an alternative strategy for reducing homophobic bullying,” the researchers write. “We examined whether litigation was associated with reductions in homophobic bullying measured within the same school during the case and after it was resolved.”

Due to the lack of existing data, this study designed a unique method to combine information on the outcomes of multiple court cases with individual-level data on stigmatizing behaviors in a real-world setting. The study coded effects of litigation addressing alleged violations of the rights of students who are (or are perceived to be) lesbian, gay, bisexual, or transgender (LGBT) under laws prohibiting harassment or discrimination in California schools after 2000 and linked the outcomes to survey data on homophonic bullying from over 1.5 million youth across 499 schools in California.

The study first controlled for all student demographic information (e.g., age, sex, race, and ethnicity), schools’ total enrollment, and the presence of Gender and Sexualities Alliances (GSA), the analysis compared before-and-after changes in the probability of homophobic bullying among students in schools subject to litigation with control schools.

The results showed a noticeable reduction in rates of homophobic bullying in case schools, although the finding was not statistically significant.

They also found that the type and outcome of the litigation led to different results in case schools:

“In districts where the plaintiff secured monetary and/injunctive relief, students in spillover schools experienced a 24% reduction in the ROR of homophobic bullying the years after the case resolution.”

Recognizing homophobic bullying as a public health concern, the study revealed that antidiscrimination litigation could be a strategy to address the bias-based bullying of LGBT youth. The study also encouraged future research to examine any specific aspects of litigation most strongly associated with changes in the outcome to propose effective ways to combat inequalities experienced by LGBT youth.

“With the effect sizes comparable with that of resource-intensive school-based bullying interventions, litigation seeking to address alleged violations of the rights of students who are (or perceived to be) lesbian, gay, bisexual, or transgender under laws prohibiting harassment or discrimination may lead to reductions in rates of homophobic bullying… Homophobic bullying slightly increased in the school and district where the defendant (school) avoided adverse legal consequences.”