In a new study, social scientists Luca Braghieri, Roee Levy, and Alexey Makarin found that the initial rollout of Facebook across American college campuses negatively affected the mental well-being of students at the time. Now, more than half of the world’s population has a social media account.

“The early expansion of Facebook across colleges in the United States is a particularly promising setting to investigate the effects of social media use on the mental health of young adults,” the authors explain.

“Facebook was created at Harvard in February 2004, but it was only made available to the general public in September 2006. Between February 2004 and September 2006, Facebook was rolled out across U.S. colleges in a staggered fashion. Upon being granted access to Facebook’s network, colleges witnessed rapid and widespread Facebook penetration among students. The staggered and sharp introduction of Facebook across U.S. colleges provides a source of quasi-experimental variation in exposure to social media that we can leverage for causal identification.” 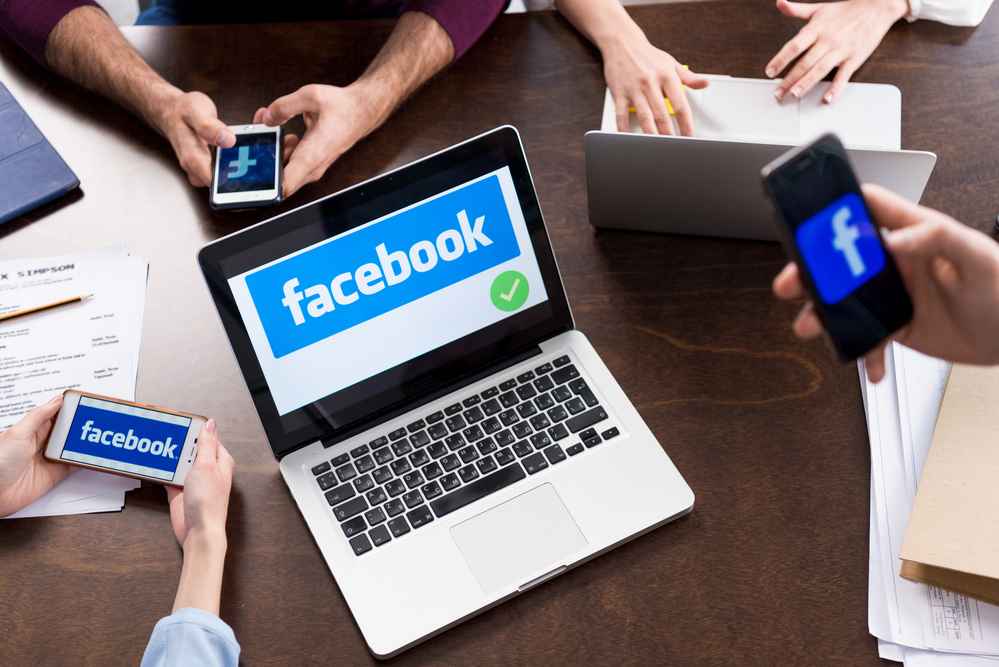 From 2004 to 2006, Facebook was introduced to 775 college campuses, the first of which was Harvard. The researchers compared Facebook’s nationwide release dates to 17 waves of the National College Health Assessment (NHCA). This gave the authors cause to use a difference-in-differences research design. In essence, colleges were given time-staggered access to Facebook, but the NHCA was also given to students across the nation at multiple times.

Braghieri and co-investigators could distinguish students’ NHCA results before and after a campus release of Facebook. In addition, with every college campus having its own before and after snapshot, the researchers could account for baseline mental health confounds, such as the stress level caused by an individual college campus or nationwide stress-inducing phenomena.

The authors found that their results supported their hypothesis. When Facebook was introduced to a college campus, students reported mental health problems more frequently.

This was especially true of students who were more susceptible to mental illness and was further exacerbated by the effects of social comparison. Facebook was also more harmful the longer students were exposed to it during this trial. And many students reported adverse indirect effects, such as worsened academic performance since the introduction of Facebook to their campus.

The study looked at depressive symptoms, anxiety symptoms, eating disorder self-reports, and usage of mental health help services. On average, after the introduction of Facebook, students were more likely to say that they felt hopeless, overwhelmed, exhausted, and seriously considered suicide. In addition, there was an increase in depression diagnoses and antidepressant usage, and students reported difficulty sleeping, eating, and focusing more frequently.

It’s worth noting that Facebook didn’t just cause mental health decline because of increased internet use. Instead, the study explains how groups of students were made to feel ostracized based on preexisting implicit beliefs. For example, students who saw themselves as comparing unfavorably to their peers exhibited the most pronounced effects of mental health strain. This included students of lower socioeconomic status, students not belonging to fraternities/sororities, and students who lived off-campus (because they were more likely to be excluded from things happening on campus).

These results, while illuminating, are historical in nature. The study looks at the version of Facebook—and a version of social media itself—that is now long gone. Today, social media does not limit itself to tightly woven communities such as college campuses. Social media, especially Facebook, is comparable to news outlets today, intentionally alerting people to ongoings outside of the bubble to which they belong.

The authors also note the caveat that their findings are based upon self-report. Self-report is a well-known and widely used measure in psychology, but it remains true that its integrity can be damaged by one’s own recall bias and willingness to share about oneself.

“Over the last two decades, Facebook underwent a host of important changes. Such changes include: i) the introduction of a personalized feed where posts are ranked by an algorithm; ii) the growth of Facebook’s user base from U.S. college students to almost three billion active users around the globe; iii) video often replacing images and text; iv) increased usage of Facebook on mobile phones instead of computers; and v) the introduction of Facebook pages for brands, businesses, and organizations. The nature of the variation we are exploiting does not allow us to identify the impact of these features of social media. For instance, our estimates cannot shed light on whether the increased reliance on Facebook for news consumption has exacerbated or mitigated the effects of Facebook on mental health. Similarly, we cannot provide evidence as to whether years of experience with the platform mitigate or exacerbate the effects on mental health.”

Considering these caveats, this study remains pressing. The connection between social media and well-being has not been fully explained. Facebook, specifically, has different effects on people depending on how it is used.

The takeaway, as intended by Braghieri and his colleagues, is important to keep in mind: Facebook is a medium for harmful social comparison. It is not unique in how it damages mental health but in how it permeates countless social spheres and influences people to weigh themselves unfavorably against others.