In a new study in pregnant mice, researchers found that an SSRI antidepressant, in combination with the immune response that happens after viral infection, may be dangerous to the fetus.

The researchers studied the effects of maternal inflammation (which is induced as an immune response to viruses) as well as the impact of the SSRI fluoxetine (Prozac). They found that the combination of fluoxetine and inflammation resulted in almost all pregnancies being lost.

Male mice born to mothers who had inflammation also exhibited autistic-like behaviors, including repetitive actions and impaired communication and sociability.

“Our results might help to explain the rise in autism prevalence over the last 20 years, as this time coincides with the rollout of widespread SSRI usage in the developing world.”

The study, published in Brain, Behavior, and Immunity, was led by Lukens and Kristine Zengeler at the University of Virginia. 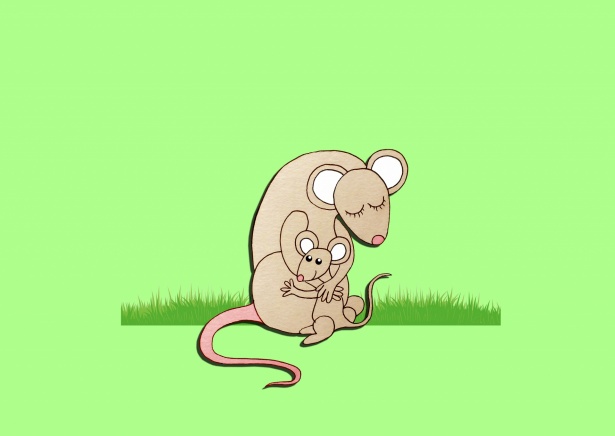 The researchers examined the biology of the maternal-fetal interface (MFI), which includes the placenta and other structures. This is the source of serotonin for the fetus—and serotonin is a vital brain chemical for developing various systems in the baby.

They also did behavioral tests to compare mice born to mothers with inflammation with those born to healthy mothers.

The first experiment compared two groups: in one group, pregnant mice had an inflammation (immune response) provoked; pregnant mice in the other group did not. This response was meant to mimic the effects of a viral infection.

They found that the MFI for the mice with inflammation had extremely high serotonin levels, twice the usual amount.

Once the mice were born, the researchers did three behavioral tests:

The researchers found that male mice born to mothers with an immune response during pregnancy exhibited repetitive behaviors and impaired communication and sociability, which they write is suggestive of autism. However, female mice, and mice whose mothers were in the control group (no immune response), had “normal” behavior and sociability.

The second experiment combined this with the SSRI antidepressant fluoxetine (Prozac), which the researchers write is one of the top 20 drugs most commonly prescribed to pregnant women. There were four groups:

In contrast to mice who had inflammation, where the MFI serotonin levels doubled, mice who received fluoxetine had extremely low serotonin levels in the MFI, which were “nearly undetectable,” the researchers write.

The researchers did not do the behavioral tests with these mice, but one thing they did discover was that the babies of the first group—whose mothers were mice dosed with fluoxetine who also had inflammation—were unlikely to survive. Many pregnancies were lost after the immune response during pregnancy, and even those born rarely survived long enough to be weaned.

The researchers found that, in mice, the combination of SSRI antidepressants and an immune response during pregnancy was almost always fatal to the fetus.

The researchers note that the biological changes in the MFI were different in each group—meaning that the SSRI had a complex interaction with the inflammatory immune response. Moreover, even without inflammation, they write, “SSRI exposure alone can modulate the expression of genes involved in immune and serotonin signaling at the maternal-fetal interface.”

The researchers write that SSRIs have both pro- and anti-inflammatory properties and so have a complex effect that reinforces some inflammation while dampening other inflammatory responses while possibly leaving some processes untouched.

In conclusion, they write, “Our study suggests that SSRI intake during pregnancy could potentially have lasting consequences on offspring neurobiology.”

However, they add that “SSRI use provides necessary reprieve from detrimental mental health states” (although their study did not provide data on this).

This study comes on the heels of a recent study in rats that found those exposed to the popular antidepressant citalopram (Celexa) in utero had an impaired ability to nurture their children in later life.

It is important to note that a study in animals may not always give good information about how a phenomenon manifests in humans. However, mice and rats have long been considered a good proxy for studying biological effects that would be considered unethical in humans.

Additionally, non-randomized studies in humans have consistently found antidepressant use in pregnancy to be associated with myriad risks to neonatal health, including neonatal withdrawal syndrome, preterm birth, congenital disabilities, developmental problems, cardiopulmonary problems, and even death.

In a 2021 study, researchers argued that antidepressants should be discontinued during pregnancy because of the risk of neonatal withdrawal syndrome. They identified symptoms of hypoglycemia, tremors, hypotonia, hypertonia, tachycardia, rapid breathing, and respiratory distress in babies born to mothers who used antidepressants.