Greetings, MIA readers. Would you like to write your own review of the DSM-5 (even if you haven’t read it, never mind bought it.) I’ve done neither, but I’ve read, talked, written enough about it to have an opinion. One of our Boycott Committee members, Wendy Langacker, thought of this, so we’ve posted it on our Facebook pages and tweeted it to all our “followers.” You can do the same.

Write your own review of the DSM-5 on Amazon …

If you need some inspiration, here’s a copy of the review I posted on Amazon …

The DSM-5, similar to the several DSMs that preceded it, is a problemmatic text. Contrary to the claims made by the American Psychiatric Association, it has no scientific grounding; further, the extent to which practitioners agree with one another about what diagnoses actually mean has declined from one DSM to the next. Finally, if taken literally — the tendency of most who use it — it reduces human experience to a series of codes that bear little relation to most individuals’ lived experiences. It encourages the use of psychoactive medications as psychiatrists’ default treatment recommendation and derogates the use of psychotherapy to help persons in distress. Why buy it or use it? Only because you mistakenly believe that insurance companies require its codes for billing purposes. Actually, they don’t. All requests for third party reimbursement must use the ICD-9 not the DSM codes. Why buy it or use it? Only to help the APA to defray the costs of producing it and bridge their organizational budget gaps. So why but it or use it?

Amazon began sending out its pre-orders on May 27. I know another of our Committee members, John Caccavale, had his review posted, as did at least one of our FB “friends”. Others may have done so without informing us. When your review has been posted, Amazon will inform you via e-mail. Amazon will also let you know when someone has utilized your review to make a decision.

So write away and have fun. Amazon might wind up being sorry it took on the role of the DSM’s principal distributor. 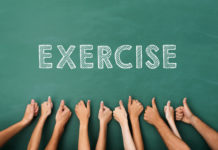