Last month a widely-reported British Medical Journal study led by Harvard Medical School’s Christine Lu suggested that black box warnings about increased suicidality in youth who take antidepressants actually led to increases in adolescent suicide attempts. Lu’s study based its conclusions on data that showed drug poisoning rates rose after the FDA warnings came out. However, the latest in a stream of critics of that conclusion are the authors of one of the key studies cited by Lu in support of her team’s analysis. Catherine Barber, Matthew Miller and Deborah Azrael of the Harvard School of Public Health write in a letter to BMJ that drug-poisoning rates are not, in fact, a reliable proxy for suicide attempts. Furthermore, they report that “five readily available, online data sources that provide more reliable and valid measures of youth suicidal behavior” showed no increase in suicide attempts  following the black box warnings.

Barber and colleagues explain, in their letter, that  “Our paper, which is the sole reference to [Lu et al’s] claim that [drug poisoning] is a “validated” proxy for suicide attempts, in fact shows that [the proxy] has a sensitivity of just 40% (i.e., it misses 60% of discharges coded to intentional self-harm) and a positive predictive value of 67% (i.e., a third of the discharges it captures are not intentional self-harm).” Moreover, they note that there is other, more direct evidence regarding suicide attempts among young people.  “Lu’s study findings are roundly unsupported by national data… On balance, the evidence shows no increase in suicidal behavior among young people following the drop in antidepressant prescribing.” They also criticize Lu et al for drumming up alarm in the media. “Their advice that the media should be more circumspect when covering dire warnings about antidepressant prescribing applies as well to their own paper.”

Also see Mad In America’s own analysis and links to other critiques of the study. 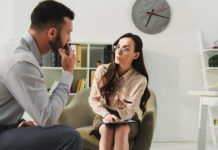