Current presidential hopeful and longtime Vermont independent senator, Bernie Sanders, said that he will vote against Robert Califf’s nomination to lead the Food and Drug Administration (FDA). Sanders explained his opposition by citing Califf’s extensive ties to the pharmaceutical companies that he would be in charge of regulating.

“It is time for the United States to join the rest of the industrialized world by implementing prescription drug policies that work for everybody, not just the CEOs of the pharmaceutical industry,” he said.

According to Sanders’ press release, the pharmaceutical industry spent over $250 million dollars on lobbying last year while employing over 1,400 lobbyists. The three largest pharmaceutical companies, Johnson & Johnson, Novartis, and Pfizer, “made a combined $45 billion in profits last year and spent more on sales and marketing than they did on research and development.”

Robert Califf has come under renewed scrutiny for a number of issues related to his extensive record of working with medical device and pharmaceutical companies.

According to a report by the Intercept released yesterday, Califf served as a board member and consultant for a company that “specializes in helping health care companies hire faculty members and other academic researchers to influence regulatory decisions.”  In the past year alone, through his work with Faculty Connection LLC., Califf effectively augmented the lobbying efforts of Amgen, AstraZeneca, Daichi Sankyo, Medscape, Merck, Novartis, and Sanofi SA. Califf has reportedly been involved with the company since 2006.

Califf was nominated by the Obama administration in September to serve as Commissioner of the FDA.  At the time, many media outlets reported that his nomination was expected to “sail through” the Senate and garner little opposition.  However, several public accountability groups strongly opposed his nomination from the start.

Immediately the administration announced the selection, Dr. Michael Carome, the director of the Public Citizen’s Health Research Group, released a statement calling on the Senate to reject Califf’s nomination.

“Strikingly, no FDA commissioner has had such close financial relationships with industries regulated by the agency prior to being appointed,” Carome wrote.

The New York Times also reported in September that Califf’s “declared financial support from more than 20 companies,” has led some public health advocates to “question whether his background could tilt him in the direction of an industry he would be in charge of supervising.”

Speaking to the ‘Times, Daniel Carpenter, a Harvard professor who covers the FDA, called Califf “the ultimate industry insider.”

As far back as February, Diana Zuckerman, the president of the National Center for Health Research, told TIME Magazine that Califf’s ties to the industry “should be of great concern,” and that these relationships raise questions about his “objectivity and distance.” 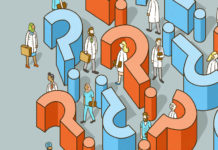