Former president of Psychologists for Social Responsibility (PsySR), Roy Eidelson discusses efforts to undermine the Hoffman report which revealed the American Psychological Association’s collusion in torture. “First, from a familiar playbook, we have the obligatory attack on the patriotism of Hoffman and those who have criticized psychologists’ participation in abusive detention and interrogation operations,” he writes. “The most outrageous example comes from two retired military officers, David Bolgiano and John Taylor. In a recent piece they described the Hoffman Report as a ‘classic attack of cowards’ and also stated, ‘By the publication and release of this report, the APA becomes a willing co-conspirator to the likes of al Qaeda and ISIS.’” 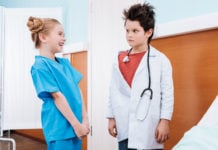