I’ve been noticing the recent media topics on Congressman Tim Murphy after he advanced his euphemistically titled Helping Families Mental Health Crisis act, HR 2646. Prior to that I had little or no interest in his political activities. I saw him as just another politician, using whatever he could to promote his reëlection. Having conducted mental health research on various trends, I understood the Murphy bill to be another in a long line of false flags attempting to conflate mental illness with violence. For years, this tactic has been used by the National Alliance For Mentally Ill (NAMI) and the Treatment Advocacy Center (TAC) to justify a host of legislation and legal sanctions aimed at depriving people with diagnoses — most of which have been proven to be mere matters of opinion, not backed by science — of their constitutionally protected freedoms.

E. Fuller Torrey, the psychiatrist who, for decades, has been promoting the medication of most who carry a diagnosis of mental illness, cofounded NAMI and TAC — apparently to promote his non-research based, opinionated and coercive agenda. He has publicly lauded the Murphy bill. His associate, DJ Jaffe, formerly employed by an ad agency, stated:

“… From a marketing perspective, it may be necessary to capitalize on the fear of violence to get the law [outpatient commitment legislation] passed.”(1)

When Senator Grassley’s committee exposed NAMI for taking covert funds from the pharmaceutical industry,(2) Torrey and his minions dissociated themselves from NAMI and formed TAC.

The psychiatrist Thomas Szasz wrote, in his book Coercion as Cure: A Critical History of Psychiatry,

“Torrey’s love affair with psychiatric coercion proved to be too much even for the National Alliance for the Mentally Ill.”(4)

The Murphy bill, as written, sounds suspiciously like Torrey’s party line, based on misinterpreted scientific research. Murphy has been reportedly making “false claims” conflating mental illness with violence to promote his bill.

Research beginning in the 1960’s after the US Supreme Court case of Baxstrom v. Herold, (1966)(5) established that mental illness was not positively correlated with violence. In fact numerous studies yielded a negative correlation between mental illness and violence. Following the Baxstrom decision, Matteawan State Hospital housing the “criminally insane” was closed down.  Approximately 1000 “criminally insane” patients were transferred from the secure forensic hospital to civil hospitals. A six year follow-up study by Steadman and Cocozza (1978) of these “dangerously mentally ill” or “criminally insane” patients concluded that those judged as mentally ill and dangerous do not necessarily commit further violent crimes. In fact, in the follow-up of the  criminally insane” patients who were released to a civil hospital, only 2.7%  (26 patients) committed actions necessitating them to be transferred back to the secure hospital. One third of this group (circa 300) remained in the community, free from violence, 14 were deceased, less than 1% were in jail and/or prison, the remainder were housed in the non-secure civil hospital.  Since then other studies resulted in similar conclusions.(6) New York State dropped the classification of “criminally insane” after Baxstrom.

I am a retired psychologist, previously licensed in 3 states, but not licensed in Pennsylvania. As a result of becoming increasingly concerned about Murphy’s false  public statements conflating mental illness with violence, a few weeks ago I contacted the Pennsylvania Psychology Licensing Board and formally requested the implementation of a State ethics investigation of Representative Tim Murphy, Ph.D.

As a result of  violations of the law as alleged in the media reports in the links below, and for violations of APA ethics, Congressman Tim Murphy, licensed as a psychologist in Pennsylvania, appears to be in violation of professional ethics as he has been distorting research on mental illness and violence in his presentations to the public. He has been quoted as knowingly conflating mental illness with violence so as to promote the passage of his bill, HR 2646.

Evidence of Dr. Murphy’s subtle conflation of mental illness with violence can be seen in the following videos:

Murphy’s public behavior appears to be in violation of the American Psychological Association’s ethical principles for a licensed psychologist by knowingly inaccurately promoting research — and false conclusions — as well as with other principles and sections, as noted below:

2.04: Basis for Scientific and Professional Judgment.

Dr. Murphy is exploiting the relatively small number of violent incidents, as reported in the media, to support his bill in numerous media interviews. He therefore represents to the public a picture that is in contradistinction to the scientific evidence.

In promoting the false belief of the relationship between violence and mental illness, Dr. Murphy is creating a climate potentially leading towards public and government harassment of anyone who appears to be odd or mentally ill, in society. He is harassing, as a psychologist, by promoting the stigma that has falsely existed for many years.

While his statements are always couched in terms of assisting families and the mentally ill, by falsely conflating mental illness with violence, on the public stage, Dr. Murphy is creating the foundation for serious harm to the mentally ill and disabled, from society and from the police.

By conflating mental illness in public pronouncements to promote his bill, HR2646, he is exploiting the mentally ill by promoting falsehoods about mental illness data.

Section 5 is clearly violated by his deceptive statements on conflating mental illness with violence:

5.01 Avoidance of False or Deceptive Statements

(a) Public statements include but are not limited to paid or unpaid advertising, product endorsements, grant applications, licensing applications, other credentialing applications, brochures, printed matter, directory listings, personal resumes or curricula vitae or comments for use in media such as print or electronic transmission, statements in legal proceedings, lectures and public oral presentations and published materials. Psychologists do not knowingly make public statements that are false, deceptive or fraudulent concerning their research, practice or other work activities or those of persons or organizations with which they are affiliated.

As mentioned, he has acknowledged to at least one psychiatrist, that he is aware of his false conflation of mental illness with violence, to promote the passage of his bill.

(b) Psychologists do not make false, deceptive or fraudulent statements concerning (1) their training, experience or competence; (2) their academic degrees; (3) their credentials; (4) their institutional or association affiliations; (5) their services; (6) the scientific or clinical basis for or results or degree of success of, their services; (7) their fees; or (8) their publications or research findings.

(a) Psychologists do not fabricate data.

Dr. Murphy, in his various public statements presented false or fabricated statements conflating mental illness with violence. He has admitted this to a psychiatrist who questioned him.

The Macarthur Violence Risk Assessment Study,(7) and others have demonstrated no positive relationship between mental illness and violence. However, the singular factor of substance abuse is relevant. This conclusion was drawn from a study completed in the state in which Dr. Murphy is licensed.

A summary of the Macarthur study by the Harvard Mental Health Letter, follows:

In addition, Dr. Murphy has been accused of potentially unethical (as a psychologist), violations of Federal law and criminal activity in directing his staff to perform illegal campaign work on government time with threats to lose their jobs if they do not cooperate is documented in the following report. He has been under investigation by the department of justice for these matters. Scroll down to page 117 on this Citizens for Ethics(9) link to read the complete report on Murphy’s alleged transgressions. This was originally reported in an October 28, 2006 news article on page A-1 of the Pittsburg Post Gazette.

Please contact the Pennsylvania psychology licensing board at: http://www.dos.pa.gov/ProfessionalLicensing/BoardsCommissions/Psychology/Pages/default.aspx
to express your opinion of Murphy’s behavior as a psychologist. Anyone can complain if they believe a psychologist committed  a potential ethics violation.  The Board, as in most states, likely has a legal obligation to investigate and make a determination. Scroll down the page to the CONTACT information, including the Board’s email address in the right hand column. 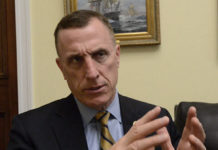 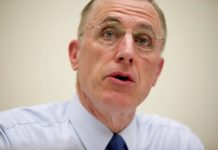