Psychologist and Professor Amber Gum has published the story of her personal journey of rethinking psychotropic medication in a special issue on “The Politics of Mental Health” in The Journal of Medicine and the Person. Influenced by Mad in America and the work of Robert Whitaker, Gum became aware of evidence that “suggests that psychotropic medications are less effective and more harmful than most believe” and now hopes to encourage other mental health professionals and researchers to engage in open-minded, critical self-assessment of standard practices.

Gum has decided to disclose her personal experience of realizing and processing information that is unsettling and disruptive to her professional identity in an effort to guide other mental health professionals toward an open-minded reconsideration of the evidence regarding psychotropic medications.

Gum credits her initial exposure to the counter-narrative on psychiatric drugs to news articles on madinamerica.com about “peer-reviewed research articles published in respected journals by researchers at respected institutions.” The news stories on psychotropic medications, Gum writes, were “the first inkling that something in my worldview might be amiss.”

Prompted by what she had read, she began reading Anatomy of an Epidemic with skepticism but, because the book was “heavily reinforced” and well-researched she “began to recognize that [Whitaker’s] thesis had merit and deserved further examination.”

“In summary, once I began to scratch below the surface, I discovered a compelling body of empirical research indicating that: (a) psychotropic medications are not very effective, overall; (b) short-term adverse effects are fairly common and can be severe; and (c) the brain’s compensatory mechanisms may paradoxically worsen the original problem and lead to chronicity, new problems (including suicide, homicide and violence, mania, psychosis, apathy, cognitive impairment), and polypharmacy.”

This realization led to the experience of cognitive dissonance. She reports feeling heartbroken when this evidence base prompted her to consider the magnitude of the harmful effects.

“These effects include unfathomable tragedies like highly publicized mass violence or suicide,as well as more common results, such as boisterous or abused children muted by stimulants, couples who drift apart due to sexual effects and apathy induced by SSRIs, or children and adults battling obesity and diabetes caused by antipsychotics.”

She concludes by emphasizing two goals: (1) “encouraging open-minded, critical examination of the research literature and your reactions to it;” and (2) “engaging in empathic discourse—examination and discussions in which we all become more cognizant of our cognitive dissonance and biases and compassionate about the ramifications for all of us if we reduce psychotropic medication use.”

Professor Gum recommends the following list of resources for those who are beginning to examine the evidence base for psychiatric drugs. 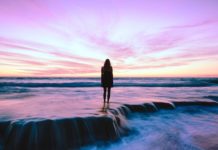 The Science and Pseudoscience of Women’s Mental Health: Conversation with Kelly Brogan