While antidepressants are the most commonly used long-term treatment for depression, the efficacy of these drugs after one year is unknown. In a commentary for The Lancet, psychiatrists Rudolf Uher and Barbara Pavlova suggest that cognitive behavioral therapy (CBT) now has the most substantial body of evidence for the long-term treatment of major depressive disorder. 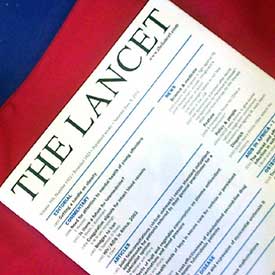 Uher and Pavlova penned their commentary following the results of the CoBalt trial (see MIA’s coverage here), which found that the effects of CBT were fully maintained after three and a half years.

“In combination with previous smaller studies, the results of the long-term follow-up of CoBalT suggest that CBT should be routinely offered to individuals with major depressive disorder who do not have satisfactory improvement with antidepressants alone. This conclusion leaves a quandary about the availability of high quality CBT in routine clinical setting.”

Is Society or Psychiatry to Blame for the “Seriously Mentally Ill” Dying 25 Years Prematurely?