Despite concerns about the risk to benefit ratio, the FDA approved flibanserin (Addyi) to treat low female sexual desire in August. In a new study, researchers from the Netherlands review the existing trials for flibanserin and conclude that the evidence is low quality and that the very modest benefits of the drug do not outweigh the harms.

In August, the U.S. Food and Drug Administration (FDA) approved flibanserin to treat low sexual desire in women despite concerns about the drug’s limited efficacy and doubts over its clinical relevance.  The drug was initially developed as an antidepressant, but it failed to demonstrate a significant effect over placebo.  It was then repackaged by Sprout Pharmaceuticals as a treatment for the controversial hypoactive sexual desire disorder (HSDD), defined as “persistently or recurrently deficient or absent sexual fantasies and desire for sexual activity,” leading to distress and interpersonal difficulties.

After it was approved, Sprout sold flibanserin to Valeant Pharmaceuticals for $1 billion. Psychologists, sex therapists and dissident psychiatrists criticized the medications as “an ineffectual pharmacological solution for a problem better treated with relationship counselling, sex therapy and behavioural changes.”

The following month, three FDA advisory committee members, who served on the scientific advisory committee that ultimately recommended approval of flibanserin, penned an article in JAMA listing the problems with the flibanserin research and describing the political factors that made the recommendation difficult. (See MIA’s coverage of this article here)

To put pressure on the FDA to approve the drug, Sprout started the “Even the Score” campaign. The campaign recruited women’s groups with the claim that it was sexist for men to have drugs for sexual desire and for women to have none. Critics called this “faux-feminist marketing by Big Pharma,” but the campaign was ultimately successful.

The drug was also being marketed as “pink Viagra,” or “female Viagra,” which, as critics pointed out, was misleading as Viagra treats erectile dysfunction by improving blood flow while flibanserin targets the brain, and must be taken daily.

In the most recent review of the research on flibanserin, researchers from Erasmus University in the Netherlands summarized five published and three unpublished trials on the efficacy and safety of the drug. They “found that treatment with flibanserin resulted in one-half additional satisfying sexual event per month while statistically and clinically significantly increasing the risk of dizziness, somnolence, nausea, and fatigue.”

Also, the generalizability of the findings may be limited by the fact that “women with a wide range of medication uses, diseases (including psychological comorbidities), and women not in a stable, communicative, heterosexual relationship were excluded from participation.”

The researchers also express concern that the drug was not tested on a generalizable sample of possible women patients and that taking flibanserin with alcohol, oral contraception, or other medications can significantly increase the risk of side-effects.

“The findings of this review suggest that the benefits of flibanserin treatment are marginal,” the researchers conclude, “particularly when taking into account the concurrent occurrence of AE (adverse events).”

In an accompanying editorial, Steven Woloshin and Lisa Schwartz call the evidence base for flibanserin “inadequate,” partly because the manufacturer ignored the FDA’s guidelines on study design. In one of the most egregious examples, the researchers reveal that the alcohol interaction study for flibanserin, a treatment ostensibly designed for women with “low sexual desire,” was performed on a group of men.”

“The flibanserin saga is unsatisfying,” they write. “The FDA approved a marginally effective drug for a non–life-threatening condition in the face of substantial—and unnecessary—uncertainty about its dangers.”

To read the Wheeler et al. Op-Ed for Mad in America, which describes the ways in which “disease mongering,” conflicts of interest and commercialization contributed to the creation and approval of Flibanserin, click here → 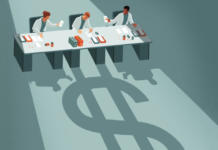 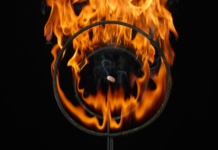 The Women’s Libido Pill is Back, and So is the Controversy