Truthdig reports that convicted whistleblower Chelsea Manning is now facing consequences for attempting suicide earlier this month, including the potential for solitary confinement. According to CNN, Manning was moved to a hospital near the United States Disciplinary Barracks at Fort Leavenworth, Kan., where she is serving a 35-year sentence for providing WikiLeaks with government documents. 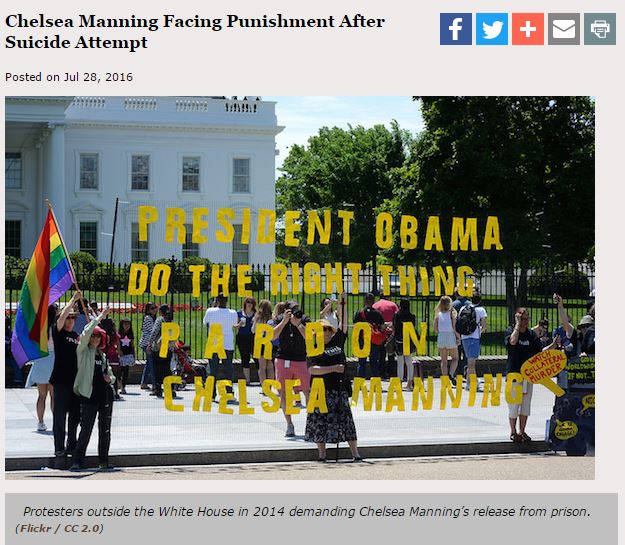 Heroes of Science: Survival of a Whistleblower