In a new article published in the Indian Journal of Medical Ethics, Peter Gøtzsche confronts the precarious position of whistleblowers who speak out against the pharmaceutical industry.

Academic journals typically do not publish articles anonymously, and anonymous sources are met with suspicion. While Gøtzsche acknowledges that named authorship is important in some contexts, he also argues that speaking up about corruption of academia and medicine by industry money has disastrous professional consequences and prevents many potential whistleblowers from coming forward. Therefore, to protect against industry corruption and prevent lives from being lost to prescription drug deaths, he argues that we must allow anonymity in authorship and in sources that speak up from within the industry.

“Healthcare is heavily influenced by vested interests, which are often financial, but academic prestige and protection of guild interests also play a major role. If anonymous authorship is not allowed, many potential whistleblowers would prefer to keep quiet, even though their stepping forward would serve the public interest and might save many lives, particularly by reducing prescription drug deaths. This is especially important since drugs are the third leading cause of death in the Western world. “ 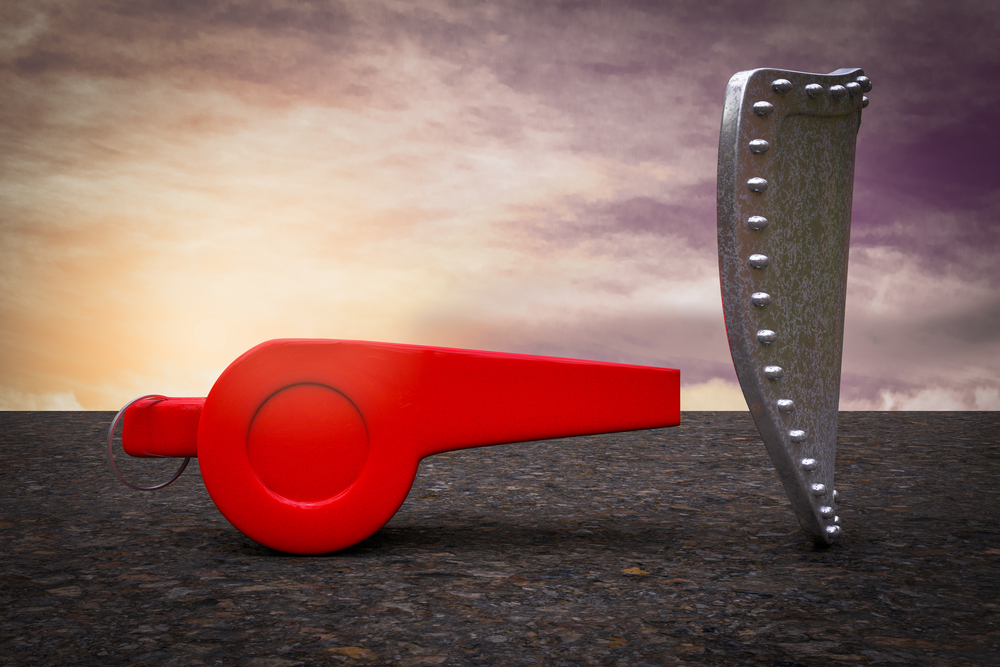 Numerous authors have written about the overwhelming corruption within academia and medicine due primarily to pharmaceutical industry money. From education to research to practice, there are few places that industry money cannot reach.

Researchers have found evidence of corruption in continuing education programs for healthcare providers in which they are taught to push dangerous, often ineffective drugs without concern for their consequences.

The pharmaceutical industry has bribed its way into a system of “ghost management” in which they use their money to corrupt researchers and institutions, determining what research gets funded, what gets published, and what is systematically ignored. This system has caused some researchers to view academic journals as little more than infomercials for the pharmaceutical industry. Other authors have noted that corrupt, ghost-managed research is much more likely to be published than rigorous science critical of that process.

Not content with simply corrupting medical education and academic journals, the industry also bribes physicians directly to increase prescriptions for their products. This practice is simultaneously destructive to patient care while increasing the costs associated with that care.

When whistleblowers come forward to expose this corruption, they routinely face intimidation, ostracization, retaliatory firings, contempt of their colleagues and superiors, etc. Peter Gøtzsche, the author of the current work, is no stranger to this treatment. He was expelled from the Cochrane Foundation, which he had helped found, due to his criticism of psychiatry and psychiatric drugs. After his expulsion, four board members left in protest and leaked the tapes of his trial. The leaked tapes revealed an embarrassing show trial in which many of his colleagues unabashedly defended industry corruption.

Whistleblowers are commonly fired with little consequence. Some have even had their sanity called into question by being forced to undergo a mental health evaluation due to challenging industry and institutional corruption. Yet, although the consequences for whistleblowers are swift and terrible, the programs and institutions they expose often continue to operate virtually unchanged despite the corruption.

The current work begins by laying out the fate of whistleblowers. On average, whistleblower cases take five years to be resolved. During this time, the industry often brings considerable power to bear against the whistleblower. Next, the author presents research from Peter Rost in which he examined the fate of 233 whistleblowers.

Regulatory agencies have largely been ineffective in regulating the pharmaceutical industry. The author points to several egregious actions (and inactions) by the Food and Drug Administration (FDA) in the United States. For example, the FDA approved rofecoxib, an arthritis medication that caused significant cardiovascular risks, despite ample evidence of its potential for harm, because they did not have “complete certainty” that it was detrimental to cardiovascular health. The drug was so dangerous it was pulled by the manufacturer (not the FDA) a few years after it arrived on the market. The FDA also approved the diabetes drug rosiglitazone despite it causing thrombosis and being pulled from European markets.

The FDA has approved drugs based on data the agency knew was fraudulent and has even pointed to data that clearly showed a drug was not safe as evidence that it was. FDA scientists are routinely intimated by their superiors when they find evidence of harm and are forced to remain silent or face career ruin. These same superiors often go on to accept high-paying jobs within the industry they were supposedly regulating.

The FDA has also overruled the recommendations of its own experts, likely to enrich those atop its hierarchy. They installed spyware on scientists’ computers that had alerted them about safety concerns. The FDA also suppressed the data linking antidepressants to suicide in teenagers. When that data was eventually leaked, the FDA investigated the leak rather than the egregious suppression of data that cost people their lives.

When David Graham, then associate director of the FDA Office of Drug Safety, showed that rofecoxib increases heart disease, the FDA suppressed his report. FDA management filed several complaints against him they knew to be false, and an FDA director promised to notify Merck, the company that produced the dangerous drug, before Graham’s research was made public so they would have time to prepare their media response. Ultimately, Graham was fired from the agency.

Merck subsequently undertook a campaign to persecute and discredit doctors critical of its dangerous drug, including expelling them from academic positions. Scientists that have uncovered industry fraud have routinely received death threats and intimidating phone calls and have been followed by industry goons. One researcher received a picture of his daughter leaving for school in an anonymous letter. The author points out that the actions of pharmaceutical companies and the agency supposedly regulating them are identical to those used by organized crime. The author estimates that rofecoxib and rosiglitazone have killed 200,000 people.

Whistleblower Stanley Adams reported problems with the pharmaceutical company Roche in 1973. A government agent leaked his name to Roche. Adams was ultimately arrested in Switzerland and convicted of giving economic information to a foreign entity. His wife subsequently killed herself.

During the time of Covid-19, we have seen the introduction of many non-effective interventions, some of which may have been harmful. Despite data showing that they may not significantly reduce infection rates, questioning the mandatory wearing of face masks has been met with nasty attacks and ridicule. Raising concerns over experimental vaccines that went through no animal testing and for which we have no data on the long-term effects has caused researchers to be labeled “antivaxx.”

According to the author, the current environment is dire for whistleblowers. From mob-like tactics carried out by the FDA and pharmaceutical companies to the silencing of any debate around the usefulness and danger of treatments and the labeling of anyone refusing to fall in line as foolish, pointing out problems with industry products is not worth the trouble for most people in a position to do so. For these reasons, the author argues that allowing the anonymous publication of scientific papers, commentaries, and letters could save lives.

While Gøtzsche does believe we should consider anonymous publication of scientific papers, peer review should enjoy no such privilege. Anonymous peer review allows industry agents to act under the guise of “science” while systematically sabotaging work critical of their masters. The author concludes:

“We should never forget that the business model of drug companies is organized crime; that our prescription drugs are the third leading cause of death after heart disease and cancer in the Western world; and that most of those who died didn’t need the drug that killed them. Here, I have documented the corruption in drug regulation, and I suggest that many lives could be saved by allowing conscientious people in drug regulatory agencies to report their observations of regulatory misconduct or corruption anonymously.”

Clinical Trials Show Antidepressants “Not Beneficial in the Long Term”