“Survival of a Whistleblower.” On June 27, 2018, I gave an invited talk with this title at a meeting at the Max Planck Institute for Human Development in Berlin organized by directors Gerd Gigerenzer and Ralph Hertwig.

If I had known what was in store for me, the title would have been “Death of a Whistleblower.” I describe the problems I have had with the leadership of the organisation I co-founded 25 years ago, the Cochrane Collaboration, particularly in relation to my criticism of psychiatric drugs.

On September 13, the Cochrane Governing Board expelled me from the board and from Cochrane after a show trial and after Cochrane’s own hired lawyer had exonerated me of all charges raised against me (see the documents on Deadly Medicines and Organised Crime). It played a key role that my research team had criticised a Cochrane review of the HPV vaccines published in May 2018. Our criticism was highly warranted and strengthened a month later, in the same scientific journal, four days after my expulsion. It was considered very bad behaviour that I had criticised a Cochrane review although our own policy encourages this; we even have an annual prize for the best criticism. This is outright scientific censorship, which is highly damaging to any scientific enterprise, as also described by Bob Whitaker recently.

Back home in Denmark, my hospital announced that I would be fired, for no good reason. It seems to be a political firing coming from the Ministry of Health, which has paid no attention to the fact that I have saved Danish taxpayers billions of crowns though my research; have created a research centre of international repute; and that the patients appreciate my initiatives. Now the time had come to silence a vocal critic of the drug industry, psychiatry and the establishment.

I am just the messenger, the symbol that healthcare is in many ways absurd and harmful because the drug industry is too powerful. The Cochrane Collaboration is in deep crisis because it is too close to industry, practices scientific censorship and has a business model that focuses on “brand” and “our product,” rather than open scientific debate or getting the science right, even though a few people might become upset by being told that their work wasn’t good enough.

Below is my whistleblower talk. In it I discuss how Peter Rost’s book The Whistleblower: Confessions of a Healthcare Hitman described the fate of 233 people who blew the whistle on fraud in the healthcare system: 90% were fired or demoted, 27% faced lawsuits, 26% had to seek psychiatric or physical care, 25% suffered alcohol abuse, 17% lost their homes, 15% got divorced, 10% attempted suicide and 8% went bankrupt. But in spite of all this, only 16% said that they wouldn’t blow the whistle again.

I also share my view, as a biologist, that a “hero” is someone who has different genes than non-heroes. During evolution, it’s an advantage to stay in the middle rather than being a hero, so that you have less risk of dying. But then there are a few odd people who have something else in our genes, where we don’t really think much about the risk for ourselves, we just do what we think is right despite the risk. So how did these genes survive during evolution? I think it’s because when a tribe comes under threat, grave danger, the people in the middle don’t know what to do. But then those with these special genes take over and become leaders. And then you might get through the crisis. 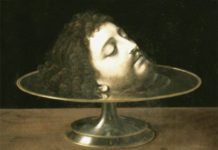 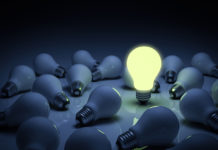 Why We’re Establishing an Institute for Scientific Freedom 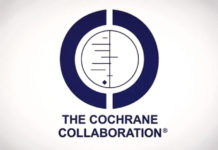 The Cochrane Collaboration Has Failed Us All