Slowly but surely, the dominant ideas and practices prevalent in the field of mental health are starting to be questioned. In a critical response, an international movement is growing, demonstrating the need for a change in the ways in which we understand psychological distress, and more importantly, the predominant way in which we are treated when we need help. This critical movement has been growing in Spain as well, from where these words are being written, as we have been learning alternative approaches and coming into contact with groups and people who have shown us that it is possible to do things differently.

Currently, the hegemonic biomedical model in approaching mental health is dominant in all sanitary institutions in our country. Their way of understanding psychological distress as an “organic illness” prevails as the only valid approach, as well as its procedures: diagnosing, overmedicating, treating the person against his/her will in supposed benefit of the individual’s wellbeing, etc. We know this biologistic approach is common in all of the Western world, and increasingly on a global scale, and that it is supported by the powerful economic interests of the pharmaceutical industry. Nonetheless, there is a large group of people –a group in which we are included- who are unwilling to continue accepting the daily aggressions provoked by this method of understanding and treating people who are suffering.

In the past few years, our country has seen an increasing uptick in conferences, meetings and publications denouncing the current state of things as it refers to our mental health system, and the effects that the indiscriminate consumption of psychiatric drugs and ineffective “therapeutic” interventions produce in individuals who have suffered psychologically. Internet has also played an important role in generating alternative ideas, refuting some arguments and supporting others, facilitating investigative results coming out of other territories who share this disconformity and also feel the need of getting involved in promoting change.

In November of 2015, the 7th Hearing Voices World Congress took place in Madrid. In our opinion, this event resulted in a “before and after” in the recent history of mental health in our country. Over 400 people were in attendance, and for the first time, we felt that things were in motion, gaining a sense of the potential in all of this collective energy. Out of the immense excitement that we drew from the Congress, the people we met, and from coming into contact with an overwhelming number of people looking for alternatives and their collective enthusiasm, “Locomún” was born.

Our group is made up of people who have been officially diagnosed and mental health workers, who are critical with the prevailing system of attention and are actively involved in searching for new pathways that take into account the comprehension and the reduction of psychological distress with enormous respect for the individual, for human diversity and for social justice. We think that psychological distress is not what distinguishes some people from others, a barrier that keeps us apart through diagnoses. Quite on the contrary, it is what we have in common, as we all inhabit a world often hostile, based on a competitive, capitalist model and the isolation that this system promotes. Our intent, and the basis for our activities, is to fight so that human rights become a reality in the mental health arena, as well as disseminating an extensive amount of knowledge (theories, investigations, actions and practices) that come from different ways of understanding suffering, and from the direct experience of people who have been diagnosed with a mental health disorder.

We believe that Mad in America is the best platform for this goal. Throughout all the years it has been in operation, it has contributed in a very important way in opening up debates, spreading different types of knowledge and experiences, as well as gathering together an extensive network of people and groups who share a vision critical of the mental health landscape around the world.

Although we are writing out of Spain, we share a language with over 400 million people, the majority of whom are in countries in Central and South America. We think that making the content of Mad in America available to this enormous community, translating some of its publications into our language, is necessary in order to generate change in the mental health panorama in our countries. We know that there are very relevant projects oriented towards promoting alternatives to the current mental health systems in many Spanish speaking places, and we think that maybe building a Mad in America for the Spanish-speaking community can also serve to gather new reflections and understandings, proposals, ideas, and further building community.

With this desire in mind, and in order that change becomes possible, growing out of a communal effort, we take advantage of these lines in order to invite you to participate in Mad in America Hispanohablante. These collaborations can take very different forms: audiovisual material, texts (essays, personal experiences), short stories, book reviews, translations into Spanish of Mad in America content, etc. From here, we warmly welcome you to this project, as exciting as it is necessary. 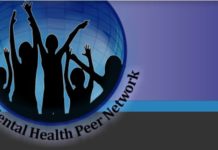 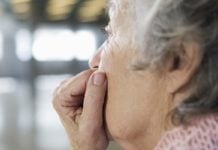