A new study, published this month in the Journal of Affective Disorders, investigated the effectiveness of weekly intravenous ketamine injections as a treatment for depression. Only seven of the 12 participants found any effect, and only one patient experienced remission of depression by the end of the trial. Additionally, one patient died by suicide, and another was hospitalized for suicidality. These results confirm suspicions that ketamine is a dangerous experimental treatment with limited benefits and serious risks.

Ketamine is a popular party drug with the street name “special K.” Its effects include dissociative delusional states, hallucinations, convulsions, and psychosis. According to the DEA, “Long-term use of ketamine is associated with hallucinatory flashbacks, an inability to concentrate, psychological dependence, and tolerance.”

The drug has been implicated in the deaths of numerous young people, causing traffic accidents, drownings, and suicide. Because of these effects, the increased recreational use of the drug by young people, and numerous break-ins of veterinary clinics and hospitals to obtain the drug, the DEA classed ketamine into Schedule III in 1999.

The FDA has not approved ketamine as a treatment for mental health concerns, due to lack of evidence of benefit and lack of knowledge regarding the risks. However, ketamine is FDA-approved for anesthetic purposes. Common side effects in anesthetic settings include respiratory effects, agitation, confusion, dissociation, and hallucinations.

However, because the dose of ketamine used for mental health concerns would be smaller, researchers believe there will be fewer such side effects when treating depression. It has become increasingly common for doctors–desperate to treat severely depressed patients—to prescribe ketamine, despite its lack of FDA approval and its status as an experimental, unproven treatment.

Researchers working with the drug in the past few years have touted its rapid antidepressant effects and low side-effect profile. For instance, researchers referred to ketamine as a “miracle cure” for depression and a “revolution” in depression treatment. The director of the National Institute of Mental Health (NIMH), Thomas Insel, wrote that ketamine “might be the most important breakthrough in antidepressant treatment in decades.”

However, recent studies have cast doubt on those claims. The mechanism of ketamine’s antidepressant effect is unknown, and the effectiveness of ketamine treatment has been found to be limited at best. 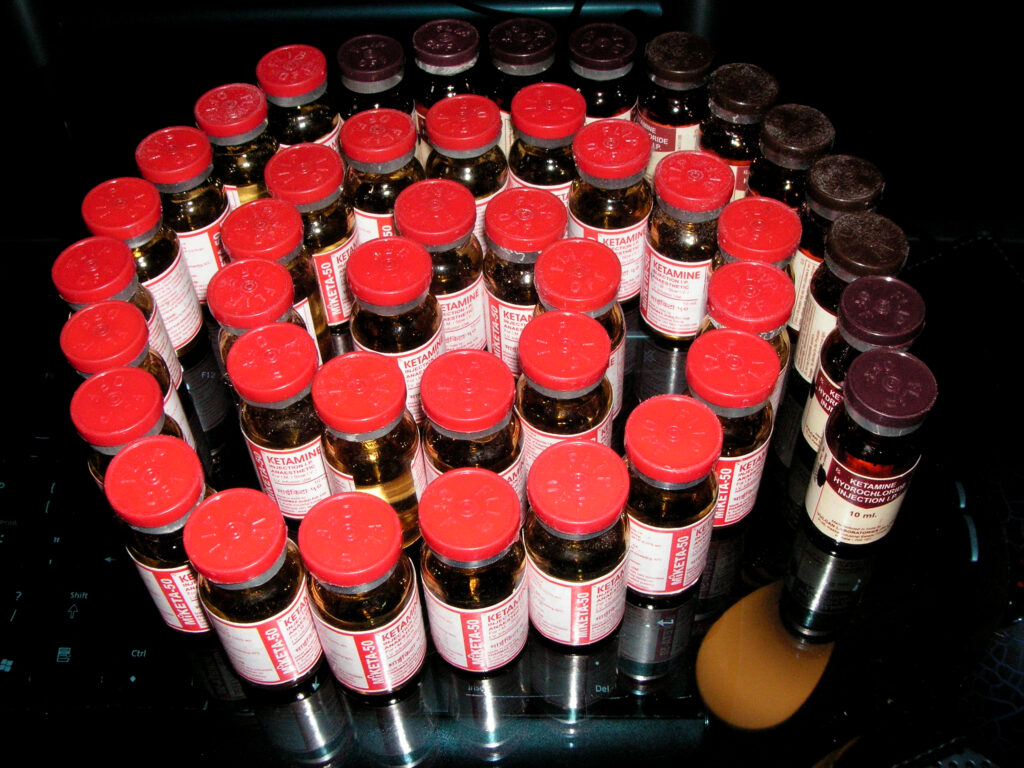 For instance, in this current study, only one of the twelve patients experienced remission of depression. The pattern shown by previous studies is similar. Within hours after treatment, patients experience a euphoric release of depression, but depressive symptoms return within a day or two. For some patients, they return worse than before. Additional treatments every day or every week have the same effect, but the effect is not cumulative. Once weaned off the continual weekly ketamine treatments, around 90% of patients relapse. As evidenced by this current study, even with continuous treatment, only a small number of patients experience any benefit.

It is likely, too, that the risks of side effects, increased depressive symptoms and anxiety, and suicidality, will only increase the longer one is taking the drug. For instance, in a study published this year, patients receiving ketamine for depression experienced severe treatment-emergent anxiety, and a patient was hospitalized after a suicide attempt. A previous study found that patients receiving ketamine treatments for obsessive-compulsive disorder developed depressive symptoms, increased anxiety, and suicidal ideation after taking the experimental drug.

Additionally, researchers have warned about the dangers of becoming addicted to ketamine and compared it to the prescription drug abuse currently considered an epidemic in the United States. Like other addictive drugs, ketamine activates the dopamine reward pathway in the brain. Ketamine’s rapid euphoric effects also make it particularly likely to lead to substance abuse. Those seeking a ketamine fix are already able to easily shop for doctors and pharmacies using the internet to find a supplier. In fact, researchers recently reported a case study of a patient prescribed ketamine who, after becoming dependent on the drug, turned to alcohol abuse and committed suicide.

It is commonly understood that overprescription of addictive painkillers led to the current “opioid epidemic” of prescription drug abuse. Given the dangers of ketamine abuse and dependence, doctors and pharmacies should be particularly cautious not to make the same mistakes again. Indeed, there is little evidence for ketamine’s effectiveness and consistent evidence that it increases depressive symptoms and suicidality. Combined with its addictive properties, this could lead to an epidemic just as deadly.