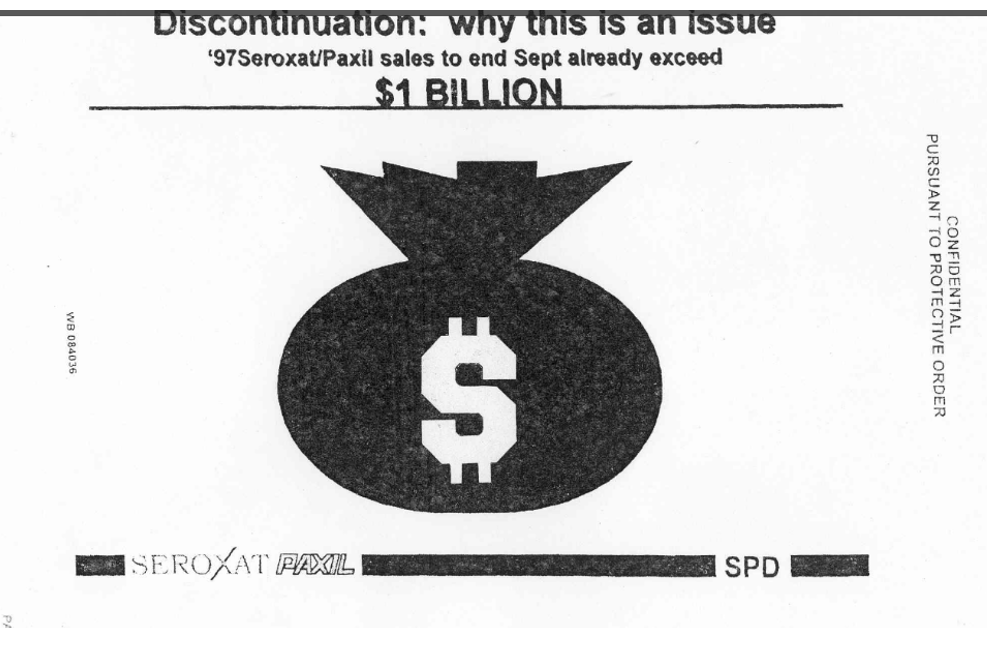 Note from David Healy: It was tempting not to run this post today for fear it might get lost in the wash of the Clinton-Trump debate. But today is the fourteenth anniversary of the day FDA issued an approvable letter for Paxil for children, as well as the fifty-fourth anniversary of the 1962 FDA Act that created the playing field on which Study 329 happened. It’s also World Mental Health Day. Freud might have been amused.

Study 329 recruited its last patient in 1997. The data was analyzed in 1998. Faced with the results, the plan was to pick out the good bits and publish them. This meant never publishing the Continuation Phase – the 24 week extension to the Acute Phase of Study 329. The good bits of the Acute Phase became the Keller et al 2001 paper – possibly now the most famous clinical trial publication of all time.

The Continuation Phase was published for the first time by Le Noury and colleagues in September 2016 – eighteen years later. It is available HERE along with reviews from JAACAP – not the journal in which it was published.

Among the most interesting findings are those from the Taper Phase. Publishing the Acute Phase only meant that the Taper Phase vanished. Whatever way the data are cut, whether in terms of all severe adverse events, or behavioral adverse events or suicidal adverse events the picture remains the same – the taper phase of this trial was the riskiest period for those on active treatment. This will come as no surprise to many who have learnt the hard way after the event. Others like Bruce Springsteen do not yet seem to have put two and two together – see Born to Withdraw. 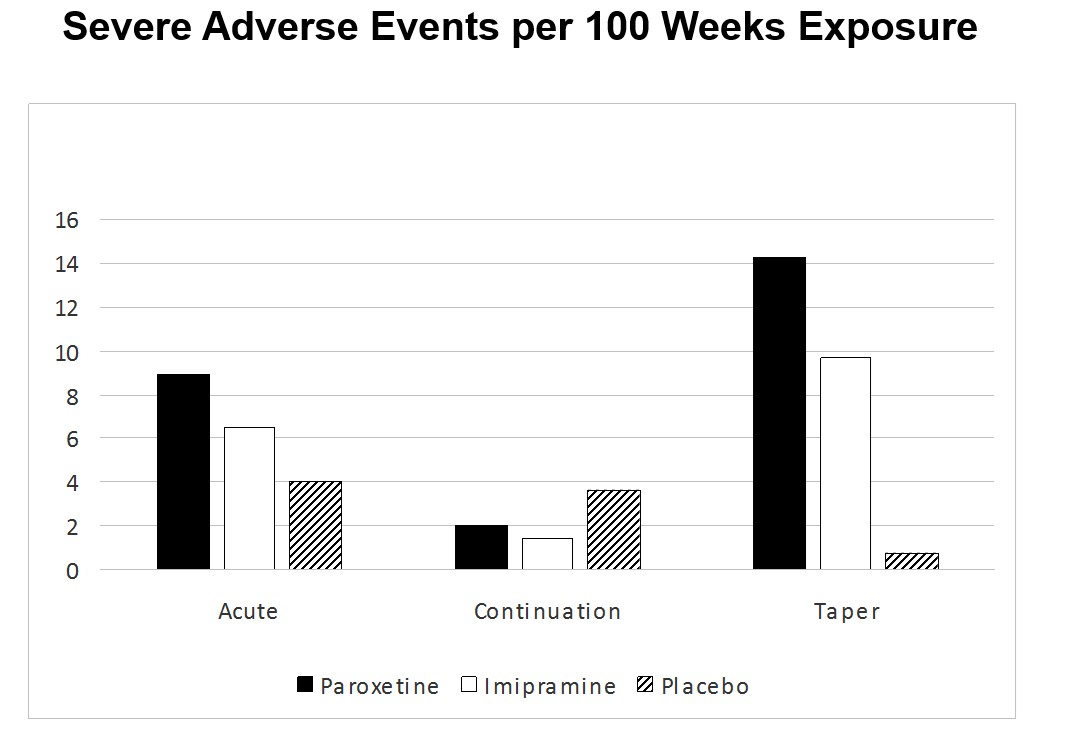 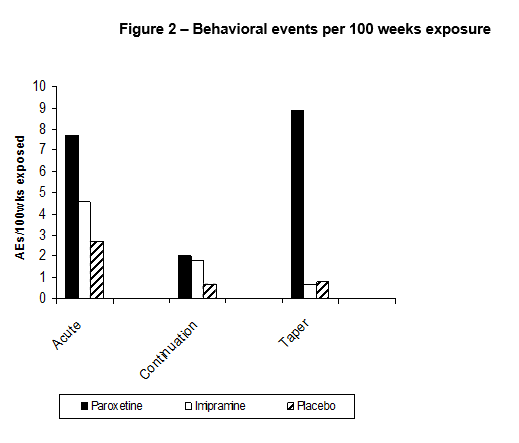 The years 1997 and 1998 may be as important as the data. The Moneybag image at the top of this page, an internal SmithKline Beecham image from 1997, brings out how the issue was viewed within the company. SmithKline were at the time under intense pressure from Lilly and Prozac, with Lilly running adverts for Prozac like the one below. 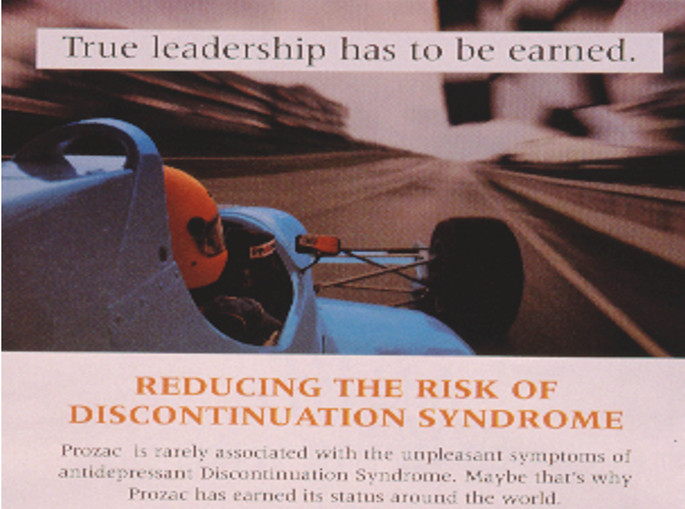 The material accompanying adverts like this specifically targeted Paxil — Seroxat — the drug that was Prozac’s most direct competition. This is an unusual thing for a pharmaceutical company to do. They have to be on solid ground. It was also deeply cynical in that Prozac also causes dependence and withdrawal but with the right study its long half life can appear to make this problem disappear.

SmithKline’s response was maybe even more cynical. For women worried about getting pregnant and possible risks to their unborn baby, the short half life of paroxetine and being able to get off it quickly was a blessing. If you were on Prozac, the implicit message was you were “fucked”.

Extraordinarily in the face of this – twenty years ago – most doctors and regulators affected not to notice anything. Were they being adults trying to ignore children squabbling in the back of the car, or were they like terrified kids in Jurassic Park trying not to draw the attention of the Tyrannosaurs sniffing the air around them?

Most doctors still affect surprise at the idea SSRIs might come with withdrawal problems. Regulators knew very clearly since 2002 about the problems, but have decided to leave any communication of these issues in company hands.

It needs an anthem from someone like Bruce Springsteen to find the millions of people whom “Progress” has left washed up on a shore they never wanted to be on. An anthem to put the island on which they have been Shipwrecked on the map.