I asked myself, does this system hold true for the choice to go on or off psychiatric drugs? Consider this idea: to go on psychiatric drugs, there should be a single motivating factor, just one. If you have a list, it’s not a good idea (more on this later).

The process of asking myself if there’s a single reason or a list of reasons to do something can be purifying and a good conscience/ego check. A lot of reasons may be needed to explain a decision I made to an uninvolved outsider, but within myself I need to know that it either feels completely right (intuitively, emotionally or logically) or I have one goal it will fulfill, such as “freedom,” “expression” or “joy.”

Reflecting on my experience of deciding to come off psychiatric drugs, the same held true. I could list many reasons why I came off, but many of them, if not all, are hindsight. At the time, I went off because my spirit said, “We’re doing this.”

We’re not talking about factors that lead up to a decision, but what actually motivates and leads to decisive action and good decisions. Yes, I recovered my health, mental abilities, sexuality, relationships, meaning and direction in life, etc, but none of those were the driving force. I didn’t know any of that would happen, and I didn’t go off psych drugs with any particular hope or vison/goal for recovering those things. The driving force was one thing only: my knowing.

When I went on psychiatric drugs, on the other hand, there were many reasons and explanations, mostly from my therapist. She suggested it, said she thought it was the only thing that could help me feel better in my circumstances, that she had seen it help others dramatically. I didn’t feel confident about swallowing those green pills the psychiatrist had given me sample packs of. I acted out of ambivalence and pressure from the one person I trusted at the time. There was no feeling of need or of “I must do this.”

Which scenario had a stronger argument for making the decision? Opinions of others and uncertainty? Or an unshakable inner sense? The decision to come off was a good one which led to many positive changes in my life, while the decision to go on led to decline in my overall health and well being. These are both understatements.

In many people, coming off requires that inner fire of one-pointedness. One reason to come off. Because I must. Because I’m going to. Because I will. Single reasons are simpler and they can often bypass the monkey mind and trauma systems entirely.

Recently a friend of mine moved back to a city she’d previously lived in to start a new job she liked a lot. She sounded happier than I’d heard her sound in years… in fact, ever! Out of the blue one day she asked me if I thought she should go on psych drugs, and did I think they are always bad for everyone. It felt like one of those questions someone asks because they need to hear your answer, and it’s a bit rhetorical because they know what you will say. But they need to hear it.

I was surprised though, as she had never asked me this question when she was unhappy or struggling. What came out of my mouth was something like, “Hmmm… I’m curious where this is coming from. You’ve been so happy lately. I guess I think of psych drugs as what you would consider if you were so unhappy and struggling so much that you could hardly take another breath.”

My answer was basically that going on psych drugs, like other big (HUGE) decisions, needs to have one and only one compelling reason.

In both cases, going on or off (or even changing doses or drugs), there are so many reasons that could be listed, and these reasons can help when talking to doctors, family, friends, etc, but within oneself, a single reason is the best way to go. That single reason has a mind of its own, and a timeline of its own, which can all be incredibly frustrating and maddening. But perhaps even more maddening would be to rationalize our way out of our inner knowing and go with a decision that has more “reasons.”

A single reason simplifies and clarifies things, lifting the burden of explanations and excuses.

My college writing professor said something that I will always remember: “Only write if you need to. If you don’t need to, don’t.” This stuck with me because I have always needed to write pretty consistently, and when I don’t need to I don’t. It’s along the same line of thought as single-reason decision making. Needing to is one reason. Sure, I could give a long list of the benefits of writing, but it wouldn’t motivate me to write every single day if I didn’t need to.

There are also many benefits to painting, running marathons and eating kale, but writing is the only one of these things I need to do each day. Will I drop dead if I don’t write for a day? Unlikely, but a week, a month—I can’t say I wouldn’t.

Lifelong couples often die one right after the other when they have been together for a single reason. If there were a long list of reasons, a replacement partner could be found.

Think of the people and things you love most. Do you love them for a long list of reasons, or simply because they are who/what they are?

Things we need many reasons to do usually require force or coercion to do, or some kind of dishonesty with ourselves. When we are honest and free from social pressure, only one reason will motivate us.

I have many reasons to clean my bathroom right now, but none of those reasons will get me to do it because I’m writing and I have only one reason to do that: I need to.

Many people report having one reason to go off psychiatric drugs—feeling that they just know they need to, sensing they will die if they don’t come off, etc. It is far less common to hear of someone going on psych drugs because they know they must, or for any single reason. Advertisers have to aggressively promote a whole false system of pseudoscience and “reasons” to convince people to go on. A reason to come off is rarely pushed down our throats, yet many people arrive at a single reason on their own, and will continue to.

Making a decision for a single reason is our system moving towards wholeness, health and integrity, so it makes sense that coming off psych drugs would require only one reason. Our beings are smart and they know what they need without lots of reasons. 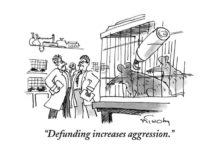 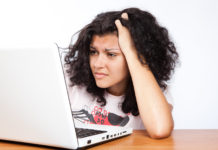 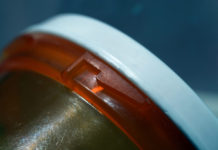