Today I ask “What is insanity?”

What if you asked these questions a year ago? What about a year from now?

Our new NIMH leader would have us believe that we can answer these questions by using math; that the location of this thing called insanity lies in a precise area of the brain that can be eliminated or altered chemically. What might we calculate to locate this precise area and how would numbers help us get there? Would we use fancy statistics and complicated formulas to quantify a threshold of racism located in the hate part of the brain? Like x + y = Xenophobia? Or, instead perhaps, a threshold of fear that is not amenable to manipulation and displacement onto innocent others? Would we say murderous rage is located in the primitive brain and then allocate a numerical code to such rage that is directed at Muslims versus a White neighbor — with the latter equaling immediate extraction?

Trauma is not about events that are horrible. Most of us have experienced traumatic events in our lifetime. Trauma is about impact and relationships. The person who lives in a war-torn country yet has a close family and a community in which there is support is unlikely to be traumatized. The person who lives through war alone is. Trauma is not about particular events so much as it is about justice, kinship and action. A woman who is sexually assaulted may not become traumatized if she finds that others can hear her story, respond to her pain, and help her to feel safe in the world again. A woman who is ignored, disbelieved, and/or finds her abuser to be given accolades and power is.

Who is insane then? The woman who finds demons in every corner? Or the people who mock her and admire the man for his strength and charm? Is there a mathematical formula for that?

People who suffer need hope. We all have a need to believe that justice exists and that the authority figures in groups we identify with are good and helpful. How many of us respond to the horrors of the world by saying “It isn’t that bad” or “If so and so just did something” or “It’s their own fault”? How many say “If you’re good, honest, and kind to others everything will turn out ok”?

To consider the possibility that it is that bad, that it is that unfair, that there is nothing one can do is unbearable. It might lead to being shut down, giving up, even contemplating death. But what about when the bully wins?

Which of these responses might be indicative of insanity? Can we find the answer in the brain? Of which individual do we look? X + y = What’s the point?

And what happens when one feels helpless, oppressed, unheard, abandoned, and afraid? Do they become a bully too? Does the cycle of trauma repeat itself? Does the trauma spread like a virus infecting all who are vulnerable?

Insanity is often the result of chronic oppression, trauma, and a sense of injustice and hopelessness. Is it possible we are in the midst of a collective psychosis? Forgetting our past, ignoring reality, jumping to conclusions, seeing the world through extremes, fearing persecution from those who could care less about you and personalizing that which is not…these are all signs of “severe mental illness”.

So I ask again, what is insanity?

But, then, one may also see that madness so often can be a process of transformation. It can lead to a rebirth of new realms never before dreamed of. Is it possible that we have entered the cocoon stage and will emerge the butterfly our humanity has always promised to be? Might we have hope despite the dark clouds that form over us now? Or am I insane for even asking? 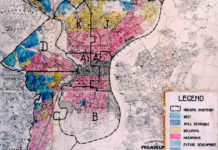