A new study, published in Cyberpsychology, Behavior, and Social Networking, investigates the effect of taking a break from Facebook on well-being. The results of the experimental study, conducted in Denmark with over 1,000 participants, indicate that quitting Facebook may improve life satisfaction and mood. Morten Tromholt, from the University of Copenhagen, wrote the article based on his master thesis.

Tromholt states, “Millions of hours are spent on Facebook each day. We are surely better connected now than ever before, but is this new connectedness doing any good to our well-being? According to the present study, the answer is no.”

In 2015, Facebook had 1.59 billion active users and in Denmark 2/3 internet users had a Facebook account. Previous studies have shown a correlational relationship between Facebook use and wellbeing, although the evidence is contradictory. Some studies suggest Facebook is related to decreased well-being, while other studies suggest is may be connected to positive effects, or have no correlation.

Tromholt reports three previous studies to experimentally examine the impact of Facebook use. These studies found that (1) posting more status updates may make users feel less lonely, but may not impact their subjective happiness, (2) Facebook use can lead to deterioration in mood, and (3) passive Facebook use leads to decreased well-being compared to active use.

In an attempt to further clarify the causal effect of Facebook on cognitive and emotional well-being, Tromholt used an experimental design where participants took a one week break from Facebook.  Tromholt hypothesized that quitting Facebook would have greater effects on well-being for (1) heavy users compared to light users, (2) users who feel Facebook envy, and (3) passive users compared to active users.

The sample included 1,095 Danish individuals who used Facebook for about an hour a day. The majority (86%) were women with an average age of 34. Half of the participants were instructed to not use Facebook for a week (treatment group), and the other half were asked to continue using Facebook as usual (control group). Participants completed a 15-minute online questionnaire on the first day of the experiment, and again at the end of week.

“The present study provides causal evidence that quitting Facebook leads to higher levels of both cognitive and affective well-being,” writes Tromholt. Both life satisfaction (t = 4.03, p <0.001) and emotion (t = 5.01, p < 0.001) were significantly improved by quitting Facebook for one week. In addition, “the gain [of well-being] proved to be greatest for heavy Facebook users, users who passively use Facebook, and users who tend to envy others on Facebook,” writes Tromholt. However, the difference between passive users compared to active users was only “marginal, indicating that people using Facebook actively have more or less the same effect of quitting Facebook as their reference group,” reports Tromholt.

Tromholt acknowledges the limitations of the study conclusions: “Human beings are complex and therefore we are almost never able to identify deterministic causality within the social sciences. Instead, we claim to identify connections of probabilistic causality where people—on average—are affected by a given treatment.”

Tromholt also notes the impossibility of ensuring that participants complied with study instructions. In fact, about 13% of participants in the treatment group reported using Facebook at least once during the week. However, Tromholt suggests that this means the results are most likely conservative estimates and the effects may be even more significant for individuals who completely remove themselves from Facebook for a week.

Based on the findings that the effects on well-being are greatest for heavy users and those with Facebook envy, Tromholt suggests, “These findings indicate that it might not be necessary to quit Facebook for good to increase one’s well-being—instead an adjustment of one’s behavior on Facebook could potentially cause a change.”

“Facebook is the most widespread social network of our time,” writes Tromholt, who calls for more studies that span longer periods of time in include more social network platforms. 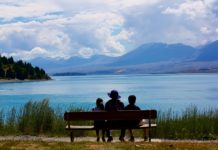 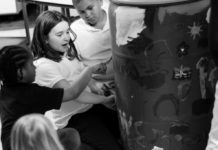