From The Atlantic: Five neuroscientists have published a new paper arguing that the field of neuroscience has become too focused on technology and has de-prioritized the study of behavior.

“Krakauer and his fellow curmudgeons argue that brains are special because of the behavior they create—everything from a predator’s pounce to a baby’s cry. But the study of such behavior is being de-prioritized, or studied ‘almost as an afterthought.’ Instead, neuroscientists have been focusing on using their new tools to study individual neurons, or networks of neurons. According to Krakauer, the unspoken assumption is that if we collect enough data about the parts, the workings of the whole will become clear…’The fallacy is that more of the same kind of work in the infinitely postponed future will transform into knowing why that mother’s crying or why I’m feeling this way,’ says Krakauer. And, as he and his colleagues argue, it will not.” 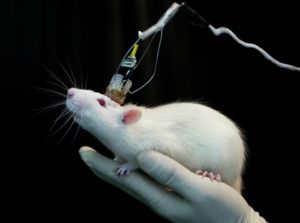 Deaths of Despair on the Rise in the United States