Collaborative care, in this instance, consisted of a case manager helping patients to find ways of reengaging with enjoyable activities and social for major depressive disorder. The usual care control group received treatment at the provider’s discretion. Many of the collaborative care contacts were made via telephone, increasing the potential for access to treatment.

The researchers in this study, led by Simon Gilbody, PhD, at the University of York, England, recruited 705 older adults (65 years and older) with subthreshold depressive symptoms. That is, the participants had some of the experiences associated with depression, but it was not significantly impairing their functioning enough to meet the criteria for major depressive disorder. The researchers believed that these individuals were at high risk of developing depression in the future. They conceived of this treatment intervention as a preventative measure.

The results of the study appear to indicate the behavioral activation successfully prevents the development of further depressive symptoms, and is an appropriate treatment for subthreshold depression. However, the researchers note that it is of “uncertain clinical importance” because the participants in the study were not experiencing a diagnosable mental disorder. That is, the researchers were providing treatment to individuals who were technically psychologically healthy. There has been debate about whether subthreshold symptoms tend to develop into more intense depression, or whether they represent normal human experiences of sadness and other painful emotions, which do not require treatment. Because the depression scores for this population were so low, very little improvement was even possible.

Additionally, because a number of participants dropped out of the study before the 12-month follow-up, more research would help clarify the effectiveness of the intervention. Comparison between this intervention and other interventions might also be helpful.

However, behavioral activation delivered through the collaborative care model is relatively inexpensive and has little potential for harm. The recommendation to re-engage with meaningful, pleasurable activity and social interaction has few side effects and many possible positive rewards. The possibility that this intervention could reduce depressive symptoms is not surprising, and it provides a hopeful alternative to antidepressant medications, which carry a heavy side-effect burden, particularly for older individuals. 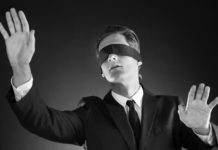