In January 2017, Bill H.3594 An Act Relative to Benzodiazepines and Non-Benzodiazepine Hypnotics was filed by Representative Paul McMurty in the Massachusetts State House. Benzodiazepines are tranquilizers which include Ativan, lorazepam, clonazepam, Klonopin, Xanax, alprazolam, Restoril, Valium, and many others. Non-benzodiazepine hypnotics are ‘Z sleep drugs’ like Ambien, Lunesta, and Sonata. This legislation would require practitioners to obtain written informed consent regarding risks associated with long-term use, dependency and addiction. It would also mandate warning labels concerning long-term use.

The Bill received 23 co-sponsors in early April. This is a promising number considering it was filed at the beginning of a two-year legislative session along with nearly 6,000 other bills. It will be heard by The Joint Committee on Mental Health, Substance Use and Recovery.

This proposed legislation is an amended version of a bill which ‘went to study’ following a hearing in April of last year. No hearing date has been announced yet for H. 3594. The bill was seasonably filed this time which means that it must be heard by The Committee by the end of this legislative session. There is a possibility it could be held in as long as a year or more. However, we do not know when in the session it will be called, and notice is usually as short as a week (see Stay Connected below).

What are the specifics of the Bill?

Why is this Bill Important?

The history of Benzodiazepines has been described as a 60-year scandal. (Keep in mind that they relate closely in many effects to the Z sleep drugs which this proposed legislation has grouped them together with.) The makers of Ativan themselves write that this class of drug in general should not be prescribed for longer than 2-4 weeks1. They note that withdrawal symptoms like rebound insomnia can appear upon discontinuation after as little as one week of use. Within such short periods of time, the question of benefits outweighing risks can become irrelevant because the original pathologies the drugs were initially aimed at may worsen compared to their baseline presentations due to compensatory adaptations in the central nervous system. In other words, the drugs have a tendency to make things worse.

There are usually myriad additional problems unrelated to the initially targeted symptoms as well. This happens at ‘safe, small’ doses taken as prescribed. In a Xanax study2 conducted for the FDA, manufacturer Upjohn noted that patients became addicted after eight weeks of use and at that point, panic symptoms increased 350% upon withdrawal. Patients and prescribers often incorrectly view cumulative negative effects of long-term benzodiazepine use as underlying or unrelated medical or mental pathology. A common story is patients being lead to further unnecessary and sometimes detrimental treatments.

Evidence3 of compensatory changes can be seen in the likely upwards of 15% of long-term users who develop a severe protracted or post-acute withdrawal syndrome (otherwise known as PAWs) after discontinuing these drugs. The often tortuous and debilitating syndrome can last months to years after cessation. Benzodiazepines have been linked to Alzheimer’s, brain shrinkage similar to that seen in alcohol abuse, and 30% of fatal opiate overdoses. And despite being on The Beers List for medication potentially inappropriate for older adults, the drugs remain widely and consistently prescribed to the elderly throughout the world.

There has been some impressive organizing over the decades concerning benzodiazepines, yet little has changed. In 1979, Sen. Ted Kennedy led a senate subcommittee hearing into the drug’s’ dangers. The 1980’s and early 90’s saw the largest class action suit ever against British drug manufacturers which was unfortunately abandoned, largely due to legal costs. In 2002, the Maine Benzo Study Group comprised of physicians and other healthcare professionals concluded there was no evidence for long-term use4. One recent positive development was that in 2016, the states of New York and Pennsylvania issued ‘prescribing guidelines’ recommending against use longer than several weeks. Nevertheless, benzos’s sordid history regarding long-term use is not translating to practice or common knowledge: they remain some of the most widely prescribed drugs in the world5.

How You Can Help

1. Submit Testimony: Email your or your loved one’s personal story of benzodiazepine harm to Attorney Garrett Burns at [email protected] Your testimony will be presented as evidence to the Joint Committee as they decide whether or not the bill moves forward. The sooner you can send your personal story the better, since it is unclear when the committee will meet. You do not need to live in Massachusetts to send in your story. You can send your story from anywhere in the U.S. and internationally, there are no restrictions.

Please include the following information in your email:

Town and State (if you live within the U.S.)

Country (if you live outside of the U.S.)

Your testimony should be addressed: Dear Chairs and Members of the Committee on Mental Health and Substance Abuse

Keep in mind: the symptoms you were originally prescribed for, what you were prescribed, how long you were on the drug or drugs and the impacts they had on your/your loved one’s life. Finish with how this legislation could have changed your situation.

Unless you are a medical or mental specialist, it is not important to focus on things like what benzodiazepines are or how they work: we want to avoid redundancy. Avoid spending time on the theoretical and stick to what has personally happened to you.

Let’s finally do this. 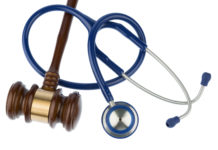 The Many Battles of a Benzo Injury: Jean’s Story