From STAT: The American Psychoanalytic Association has given its members permission to ignore the “Goldwater rule” and comment publicly on the mental state of government officials, including President Trump.

“The statement, an email this month from the executive committee of the American Psychoanalytic Association to its 3,500 members, represents the first significant crack in the profession’s decades-old united front aimed at preventing experts from discussing the psychiatric aspects of politicians’ behavior. It will likely make many of its members feel more comfortable speaking openly about President Trump’s mental health.

The impetus for the email was ‘belief in the value of psychoanalytic knowledge in explaining human behavior,’ said psychoanalytic association past president Dr. Prudence Gourguechon, a psychiatrist in Chicago. ‘We don’t want to prohibit our members from using their knowledge responsibly.'” 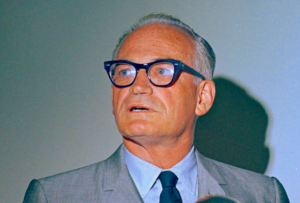