“In recent years, there has been increasing interest in the idea of narcissism and ‘narcissistic personality disorder’. BPD is a diagnostic category populated overwhelmingly by women, narcissism more with masculinity. Just as women with a diagnosis of BPD are characterised as having a reckless relationship with emotions they could or should be able to control, men with narcissistic traits are seen both in the public imagination and psychiatric nosology as too self-centred, too lacking in empathy, too obsessed with conquer at all costs. These character sketches, so influenced by the mores and gendered norms of what is acceptable at any given time, are not backed up by any scientific evidence. They seem immune to our newfound capacity to celebrate difference, and look to the back-story behind any given personality. They derive from a time when personalities were more stable because people’s lives were more closely tied to the social bonds of a given local community, and when conformity was privileged.

Modern ideas of the ‘protean’ self who can explore, play and self-create are absent from the discourse of personality disorders, despite consistent evidence that all our personalities are a work in progress, shifting form across adulthood. Enter most personality disorder services as a patient today and one would think one has an affliction for life, despite robust evidence that more than 50 per cent of people diagnosed with BPD, for example, no longer meet the criteria after five years. Being super messed up and at times destructive for a few years is a passing stage for many of us in early adulthood. To have this stage rubber-stamped with the words ‘personality disorder’ can be incredibly traumatising, keeping one entombed in the worse period of one’s life.” 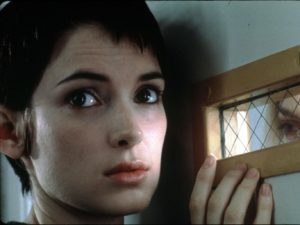