In this piece for Glamour, Suzannah Weiss tells her story of SSRI withdrawal, which resulted in intense rage attacks for six months after discontinuation and occasional feelings of anger that continue to persist.

“After four years of experimenting with different meds, I decided to try going off them altogether. So, as is usually recommended, my psychiatrist gradually decreased my Zoloft dosage. That process was hell—but not for the reasons I expected. I didn’t feel particularly anxious or depressed. I’d just get extremely angry. About nothing in particular. Then I’d find things to attach that anger to, sometimes lashing out at people. When a friend emailed me to request a favor, I chastised her for asking. After my roommate made an insensitive comment, I went into my room, slammed my door, and screamed into my pillow. My psychiatrist reassured me that ‘irritability’ was a common side effect of going off SSRIs, but that word was too weak to describe what I was going through. Fury would have been more accurate.” 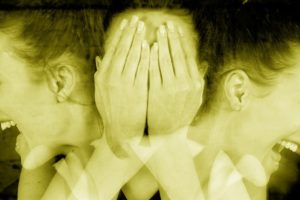